Legendary Brazilian defender Roberto Carlos has taken time to praise Roberto Firmino, who’s been exceptional for his country in the World Cup warmups.

Brazil boss Tite only brings Bobby off the bench, starting Manchester City’s Gabriel Jesus instead, but against Croatia and Austria, Firmino’s cameo performances were sensational.

SEE MORE:
What Firmino did for Brazil v Austria yesterday…

He scored a lovely goal against the former, and yesterday, assisted a goal for Coutinho, too.

“Roberto Firmino has got great technical ability,” said Carlos, cited by the official website. “He is fast and intelligent. He takes up good positions. He has real quality as well.”

We would say that we’d like Carlos to start commenting on Andy Robertson, Liverpool’s left-back who plays in his position, but that didn’t exactly work out well with Cafu and Jon Flanagan!

The World Cup winner used to publicly praise the man once dubbed as ‘The Scouse Cafu,’ but Flanno’s career has nosedived and he is currently without a club after being released by Liverpool.

Hopefully we’ll see plenty of Firmino in Russia, with Brazil the favourites for the competition.

Sadio Mane and Mo Salah, his two partners in crime at Liverpool, will also be present with Senegal and Egypt respectively, although they’ll likely be off duty a little earlier! 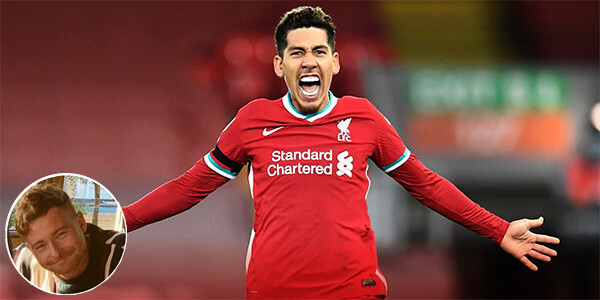