Florentino Pérez has opened the door for Liverpool to sign Alisson this summer – for his enormous asking-price, that is.

The Real Madrid president has evidently shed light on his club’s reluctance to meet the £80million valuation that has deterred Liverpool from pursuing their interest in the Roma goalkeeper.

Recent reports have claimed personal terms have been agreed between Real and Alisson, with the Champions League winners expected to table an opening bid of £44million.

Perez has laughed off suggestions the club will be paying Roma’s desired fee and subsequently welcomed Liverpool to buy the 25-year-old.

He has been quoted by @MadridSportsEs as telling Spanish reporters: “There will be a few (transfers) but little and special. They talk today about Alisson but for 78million euros Liverpool can buy him (laughs).” 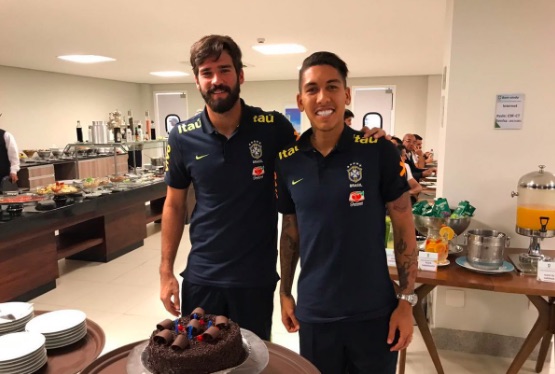 The proven value of spending £75million on Virgil van Dijk to address a priority position plunges Liverpool’s search for a goalkeeper into similar territory.

An inflated marked showing few signs of easing off promises to demand once-unimaginable fees, especially in cases such as Liverpool in terms of filling a gap many believe could be key to mounting a serious title charge.

Though the chances of landing Alisson are looking increasingly slim, the early signs hint there could be an unusual abundance of goalkeeping options on the market this summer.

With spending power unlikely to be an issue, the decision to look beyond Alisson is one Jurgen Klopp’s track record of transfers suggests should be perceived with optimism.