A potential goalkeeping domino effect could prove an invitation for Liverpool to branch out their interest beyond Roma’s Alisson.

The Reds are not expected to act on their interest in the Brazilian shot-stopper after being put off by his £80million valuation.

Real Madrid have consequently moved ahead in the race to secure his services and are expected to table an opening bid of £44million.

An apparent agreement on personal terms would suggest the deal is looking increasingly likely, although Madrid’s matching reluctant to pay what would be a world-record fee for a keeper could prove defining.

Sky Sports journalist Vinny O’Connor has weighed in on the possibility of Liverpool alternatively targeting Chelsea’s Thibaut Courtois if Alisson does move to the Bernabeu.

Speaking on the Transfer Talk podcast, he said: “The interesting one for me is Thibaut Courtois. Obviously he has been linked with Real Madrid and it seemed he wanted that move to Real Madrid.”

“It seems that Chelsea are looking to get a fee for him before he is out of contract next year but Alisson is set to go to Real Madrid. Does that then free up Courtois? Will Liverpool look at him?”

“I’m just surmising and throwing it out there. It’s whether Chelsea would be willing to do business with Liverpool.” 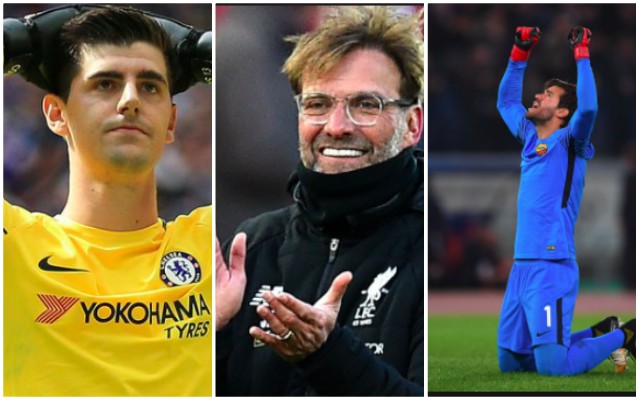 It remains to be seen whether Chelsea will be as open to dealing directly with their Premier League rivals after incredibly allowing Nemanja Matic to join Manchester United last year.

With the chances of Courtois sealing a preferred return to Spain looking bleak, the Belgian is certainly worth considering as a ready-made replacement for Loris Karius and an undeniable improvement to Liverpool.

In a similar scenario, Real Madrid’s Keylor Navas looms as a capable alternative with experience at the highest level potentially on the search for a new club this summer.