Marko Grujic received a special memento as Serbia were knocked out of the World Cup following their defeat to Brazil on Wednesday night.

The Liverpool midfielder was greeted by Roberto Firmino and former Reds teammate Philippe Coutinho after the game to exchange shirts.

Grujic was left as an unused substitute once again, with the likes of Nemanja Matic, Sergej Milinković-Savić and Luka Milivojević proving difficult to dislodge from Serbia’s midfield throughout their time in Russia.

His nation were left wondering what could have been having mounted such an encouraging start to the tournament, only to suffer a disappointing defeat to Switzerland in game two.

Grujic, Firmino and Coutinho took to social media after the game to showcase their shirt swap. 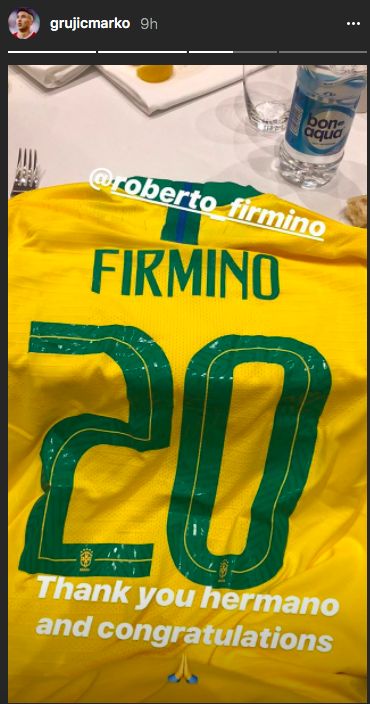 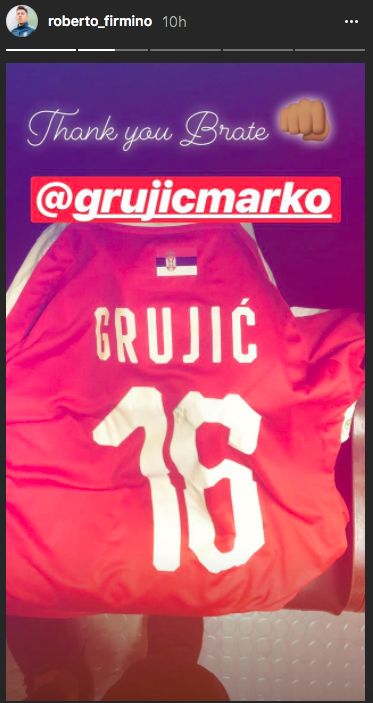 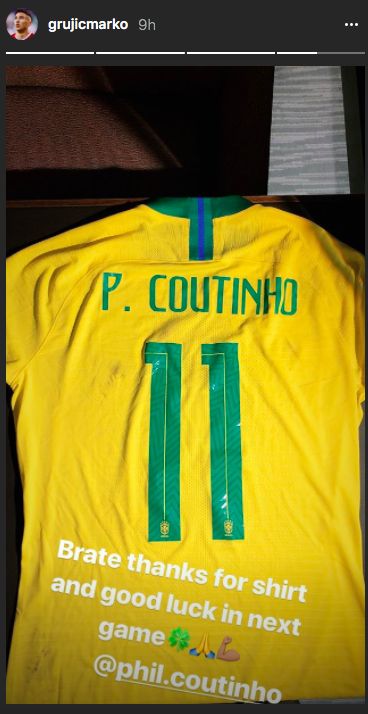 Firmino himself was also resigned to another evening on the bench as his side experienced fewer problems in paving a route to goal.

The striker has been unfortunate not to play more minutes in the competition having impressed with cameos against Switzerland and Costa Rice.

Liverpool’s no.9 has continued to push Gabriel Jesus for a starting spot, although manager Tite evidently remains reluctant to alter his team.