The 20-year-old is already an international for Guyana and made his debut for Barnet when he was just 17.

He famously scored on his international debut, actually, which you can watch here!

🔎 Seems like the goalkeeper on trial with the #LFC U23s in Hungary was Barnet's Kai McKenzie-Lyle—thanks to @LiverpoolFCse for the tip.

He's 20, 6'7", scored on his international debut for Guyana and made his League Two bow for Barnet at just 17, replacing Jamie Stephens. 👌 pic.twitter.com/Wtybe8BbFB

McKenzie-Lyle played for Liverpool’s U23s on Sunday evening in a 1-1 friendly draw with ETO Gyor – a Hungarian touring side.

The young stopper impressed alongside the likes of Matty Virtue, Bobby Adekanye and goalscorer Glen McAuley, although he could do little about the penalty goal he conceded.

It remains to be seen whether Liverpool will make a permanent offer for the keeper, who interestingly would become our join tallest ever player alongside Peter Crouch!

We may need a keeper for the U23s if Kamil Grabara is promoted to first-team duties, of course. We’ve just sold Danny Ward and are likely to offload at least one of Simon Mignolet and Loris Karius, so we wish McKenzie-Lyle plenty of luck during his stay with our youth side! 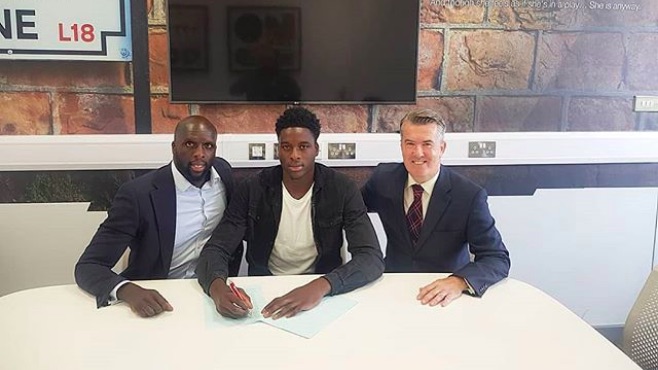