Jurgen Klopp was left wanting more from his team in an attacking sense after Monday night’s victory over Crystal Palace at Selhurst Park.

A penalty from James Milner on the stroke of half-time and Sadio Mane’s counterattacking goal late in second-half stoppage time rewarded the Reds for their professionalism throughout.

Liverpool had dominated the opening 45 minutes with extensive spells in possession but struggled to breach the hosts’ well-drilled defensive setup.

The Reds troubled Palace in the final-third with a series of intricate moves and occasionally found space in-behind, only to see their final ball often thwarted.

Mamadou Sakho’s clumsy foul on Mohamed Salah in the penalty area was the touch of fortune they needed, giving Milner the opportunity to put his side ahead.

Palace displayed a greater attacking impetus in search of the equaliser after the interval, consequently penning Liverpool in for periods.

Klopp was left unhappy with his side’s fluidity in the final third as they failed to capitalise on a number opportunities to wrap up the three points.

He told Liverpoolfc.com: “Defensively it was absolutely OK, [but] I was not too happy with our offensive play. The rhythm was not good, timing was not good, both full-backs need to be involved much more and open up their game a little bit so we really have different options.”

“They shouldn’t be our No.10s but they are an option, so that was not too cool. Around the [opponent’s] goal, we had three or four situations, good passes in small spaces around the box and in the box. We were unlucky and then there was the penalty situation.” 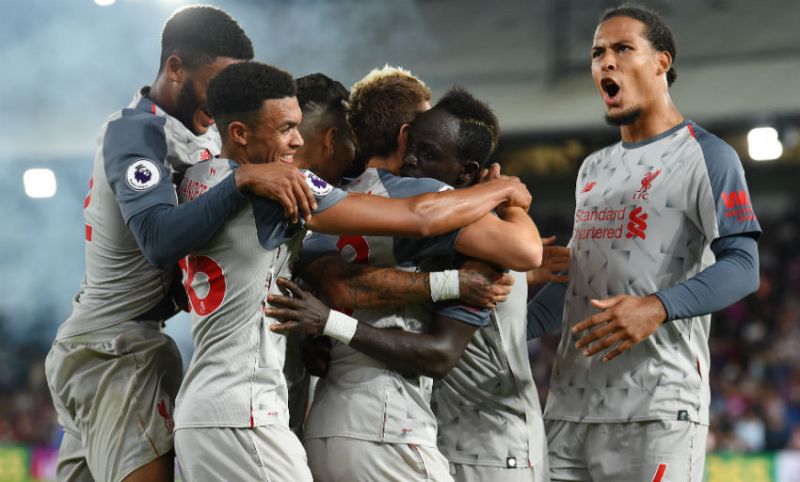 The delivery out wide from Trent Alexander-Arnold and Andrew Robertson was unusually wayward or expertly defender on the night.

Nonetheless, the pair did perform well in combatting both Wilfried Zaha and Andros Townsend on the flanks to save their centre-backs from having to regularly confront their trickery.

A quiet evening on the surface for Salah and Roberto Firmino perhaps stemmed more from the compact setup Roy Hodgson had deployed rather than a dip in performance levels.

Salah himself had plenty of chances to get himself on the scoresheet and looked every bit capable of maintaining the prolific form he displayed last season.

In all honesty, Liverpool will come up against easier teams to break down than a well-rounded and strong Palace side.