Sergio Ramos behaved like an arsehole last night, which shouldn’t be news to anyone.

Upon collecting his UEFA Defender of the Year award, he symbolically touched Mo Salah’s shoulder on his walk back to his seat, having injured our Egyptian in the exact same place during the Champions League Final.

Dejan Lovren was obviously equally unimpressed, and the outspoken Croat made his feelings known via emojis on Instagram!

You can see what he posted in the tweet below:

Degzy hasn’t played for us yet this season, after returning from his summer break injured – but has been called up to international duty with Croatia and should be available in a few weeks.

He’ll have a serious job getting back into the team though, with Joe Gomez performing superbly in his absence so far.

Virgil van Dijk is obviously an automatic starter, so Lovren will have to compete with Joel Matip and Gomez for the spot alongside him.

With our crazy run of September and October fixtures though, they will all be required. 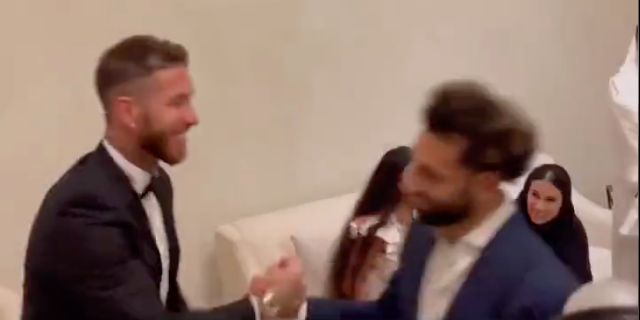