Ever heard of Lucas Paqueta?

The Brazilian was linked to us back in the summer, but nothing came of our rumoured interest in the Flamengo attacking midfielder.

But a clip of his crazy pressing is being shared by plenty of Liverpool fans right now, and it’s like nothing we’ve seen before! He doesn’t actually come away with the ball here, but it’s because his team-mates are not helping him, which would 100% not be an issue under Jurgen Klopp…

Lucas Paqueta’s work rate and pressing is immense. Would fit into Klopps system so well. Since he has been called up to Brazil NT, will be spending some time with Agent Firmino, Fabinho and Alisson. €50M release clause. pic.twitter.com/o0UPwTPz4r

Paqueta only just turned 21, but he’s part of Tite’s Brazil squad for their upcoming fixtures with USA and El Salvador.

As a result, he could line up alongside Roberto Firmino, Fabinho and Alisson.

We wanted an attacking midfielder in the summer, having a bid accepted for Nabil Fekir, but we pulled out of the deal when an issue with his knee showed up in the medical.

Paqueta to us seems like a viable future alternative. Not only does he work incredibly hard off the ball, but he has proper ability on it – reminding us very much a young Kaka stylistically.

One to keep an eye on, certainly!

Who is Lucas Paqueta? The £40m Brazilian whose agent was ‘spotted’ in Liverpool 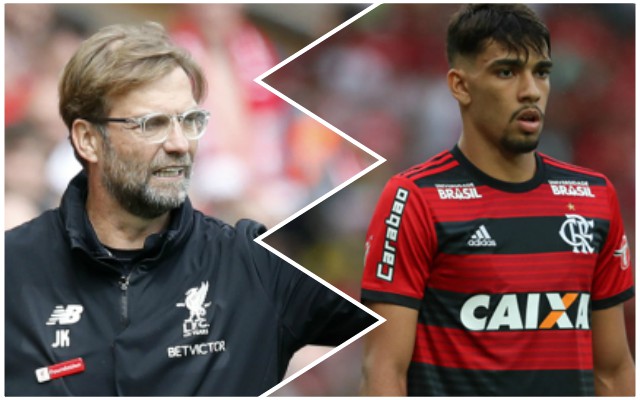