A new study by football think-tank CIES has calculated the best deals and worst deals from summer 2018, in terms of what clubs paid and what the players were actually worth.

CIES work out value on a number of factors, including age, stats, club, nationality, position, ability and plenty more.

And their findings show that Liverpool did brilliant business. Remarkably, Fabinho, Alisson and Xherdan Shaqiri were all underpriced according to their study. Fabinho is worth €73m, Alisson #79m and Shaqiri #22m!

Weirdly though, CIES rank Naby Keita as overpriced by €9m, although we’re pretty sure the Guinean will prove to be our biggest bargain of the summer.

What’s more, CIES rank Ings and Ward as overpriced, suggesting we did well when selling, too.

In fairness Ings is only on loan at the moment, so no ‘good deal’ has been done!

Here is the FULL LIST of the best and worst deals in terms of money spent against actual value, according to CIES: 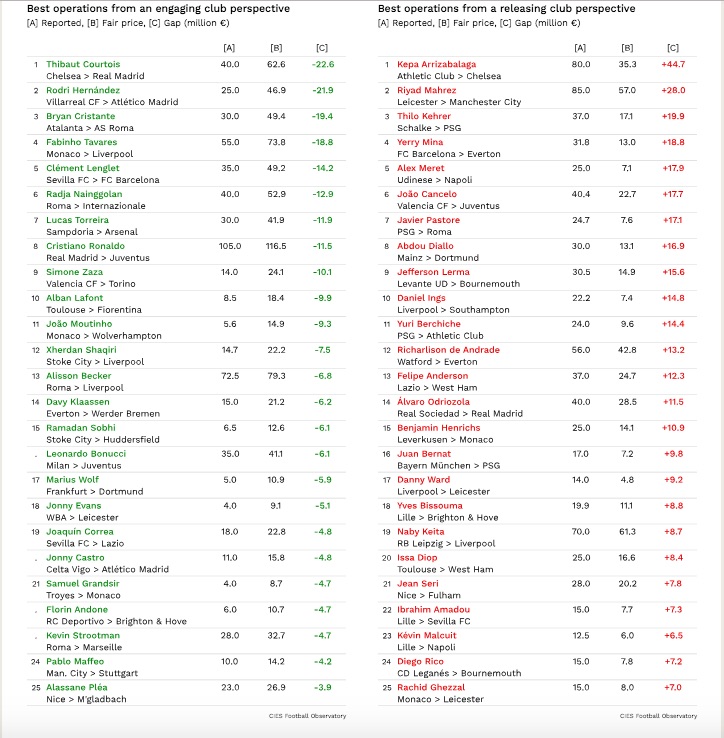