Roberto Firmino played and scored against PSG just days after the eye injury he picked up against Tottenham and coined an already infamous celebration in the process!

SEE MORE:
Striker: I’d be perfect for Liverpool because I play like Firmino

But the Brazilian, a week later, is still feeling the effects from Jan Vertonghen lodging a finger in his eye during Liverpool’s Wembley victory over Spurs.

Today, Firmino uploaded this snap, showing how bloodshot his right eye still is. 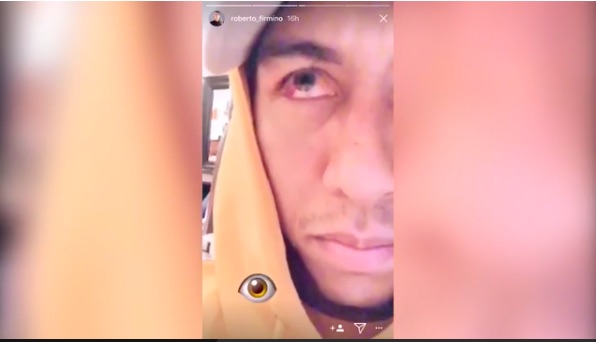 We reckon Firmino will be allowed to sit out the midweek tie with Chelsea in the EFL Cup, but will return at Stamford Bridge for our clash against Maurizio Sarri’s men in the Premier League.

In his place, Daniel Sturridge should lead the line, but we’ve no doubts about the Englishman’s suitability to do the job.

He enjoyed a tremendous pre-season and has two goals to his name already this term, despite only being given fleeting opportunities so far.