In 1967, the Beatles sang that ‘All You Need Is Love’. If this is true, then the mutual love that Rabiot has for Liverpool and LFC twitter has for Rabiot is going to power through his transfer to Anfield in the summer, if not sooner. 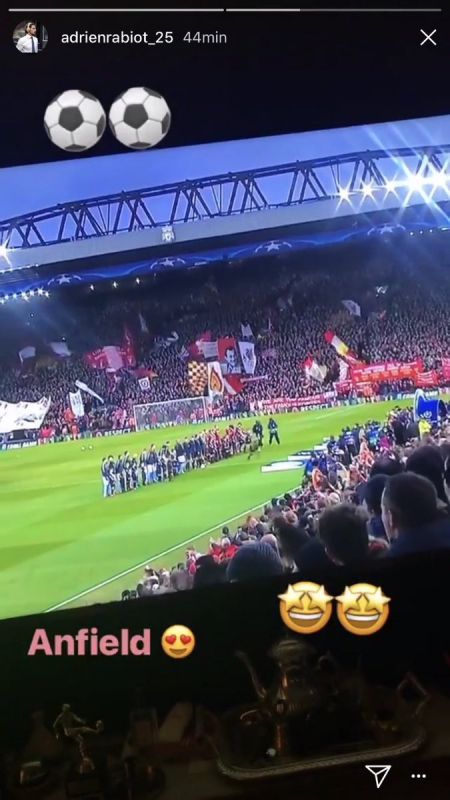 If the move were to happen though, what exactly would Liverpool be getting and would he actually be an upgrade on Henderson – the man he is tipped to replace? 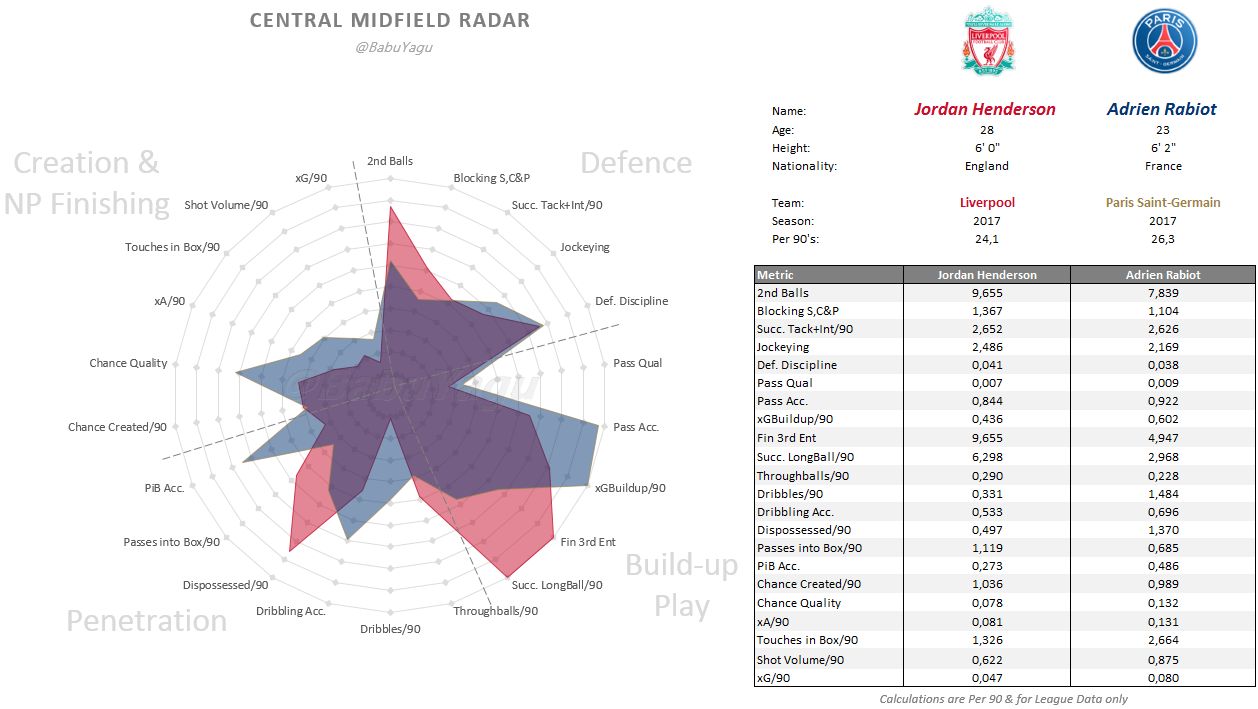 We can see here that Rabiot and Henderson look somewhat similar in terms of what they do on the pitch, at least statistically. Both are highly involved in the defensive phase. Henderson does a fair bit more in terms of winning second balls. However, Rabiot is getting dribbled past less frequently.

In terms of possession football, Rabiot is at elite levels in terms of keeping the ball (Pass Acc), which is vital in the build-up and consolidation phases. He is also putting up elite numbers in terms of xGBuildup, suggesting he is highly involved in PSG’s attacking play, albeit not getting the final pass or shot himself. Henderson is playing a lot more long passes and is moving his side up the pitch better (Final 3rd Ent), which likely explains his ~8% lower passing accuracy.

In terms of penetration, Henderson is playing through-balls and getting the ball into the box more, suggesting he is a lot more direct with his passing – again linked to the lower passing accuracy. However, he isn’t really creating many more chances for this higher volume, suggesting he may be trying to force things too much: playing it forward before we are well structured to sustain the ball in more attacking areas.

Henderson rarely dribbles the ball and is one of the lowest volume dribblers in the data set, which possibly indicates a lack of press resistance for a central midfielder. He is also less involved in the final third. This is to be expected given he tends to play a deeper role than Rabiot. Although it is possible Rabiot has a higher involvement with set pieces also.  We will revist this later in the article though.

The Limitation of Volume Stats

One of the problems with using stats in this manner is they tend to simply measure what a player does in relation to the ball. When that comes to plays in both boxes with your goalkeeper, strikers and the likes, this can often give you enough pieces of the puzzle to see what you have. However, with midfielders, this is still something of a minefield.

A player who chases after the ball like we all did in the play ground at school will naturally have a lot more involvement with the ball than one who is more refined and thinks about the game – the highly tactical midfielder who plugs the holes a ball-chaser is leaving. That isn’t to say any particular player is, or isn’t, doing this. More just highlighting one of the pitfalls in using stats like those above in attempting to quantify what a player does on the pitch.

So looking under the bonnet, so to speak, I firstly wanted to look at where, and how often, they are being dribbled past.

Dribbled Past in Dangerous Situations 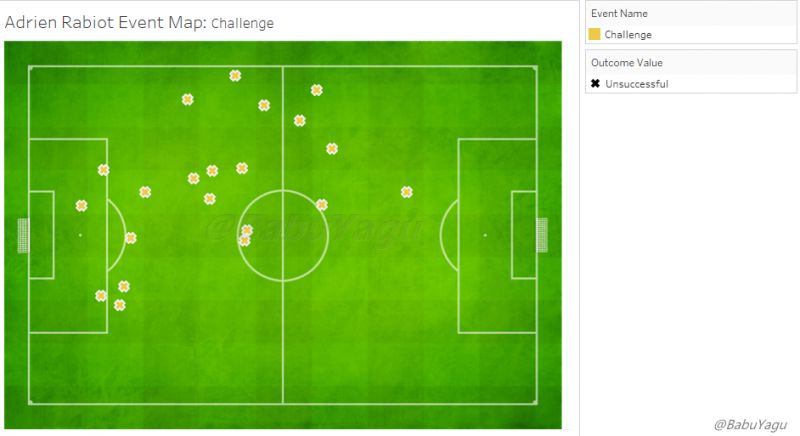 The above event maps show that Henderson was dribbled past thirty-four times last season (1,41 times per 90 minutes played). Of which, twenty-three occurred in his own half (0,95 per 90). Comparatively, Rabiot was dribbled past twenty-one times last season (0,80 per 90), with 16 of those occurring in his own half (0,61 per 90).

Interestingly, some of Rabiot’s are occurring in much deeper areas of the pitch to Henderson including in his own penalty area. This could mean that Henderson is more aggressive in diving into tackles earlier in the attack, higher up the pitch. That Rabiot is more cautious and is only committing himself as a last resort. Or, it may mean Henderson is very cautious about diving into tackles in and around his own box at the risk of conceding free-kicks and penalties.

Adding Height to the Side 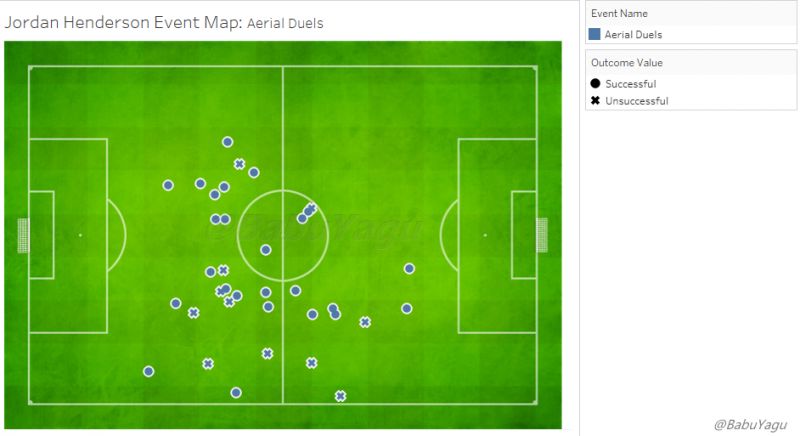 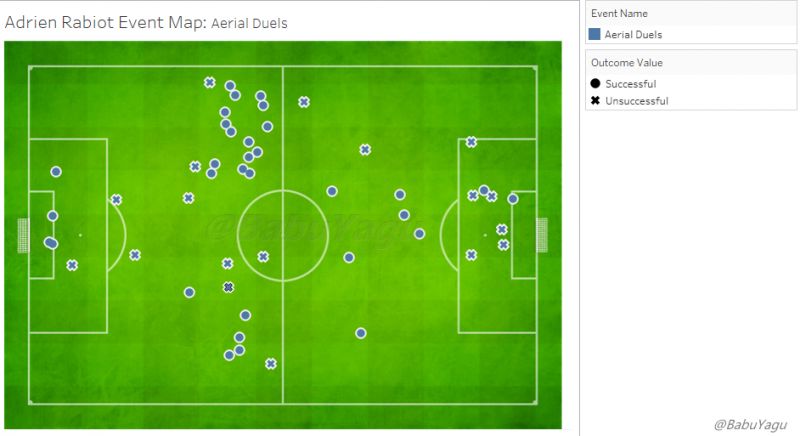 The radar above suggests that Rabiot has a 2 inch height advantage over Henderson. The #6 position is one of the few outfield positions, other than CB, where you can add height to the side without losing anything in terms of 1-v-1 ability or pressing ability. Larger players tend to be less agile, slower on the turn and slower to accelerate than smaller players with a low centre of gravity. Not to mention that a bigger person will use more energy to perform the same tasks, therefore are likely to tire quicker in a higher intensity system.

This is why almost all our outfield positions other than CB are built like endurance runners rather than WWE superstars. However, set-pieces are a crucial part of the modern game, not to mention a smaller side can struggle if an opponent turns the game into one of aerial transitions *cough Mourinho*.

That said, height isn’t the only factor that governs aerial ability. In fact it may not be the most important factor with things like timing and abdominal strength appearing to be crucial to getting to your maximum height off the ground and peaking your jump at the moment the ball arrives.

We can see in the Aerial Duel Event Maps that Rabiot is involved in a lot more duels than Henderson. Rabiot is also involved in both boxes – likely having a more active role at set pieces at both ends of the pitch. Indeed, he has had twenty-two headed shots in his time with PSG. Whereas Henderson’s seem a lot more centrally clustered around the halfway line. If I had to guess, I would assume based on the tight cluster and position that these are from opposition clearances, or perhaps even those of his own keeper, which he is winning and heading to a team mate to recycle possession before attacking once again. 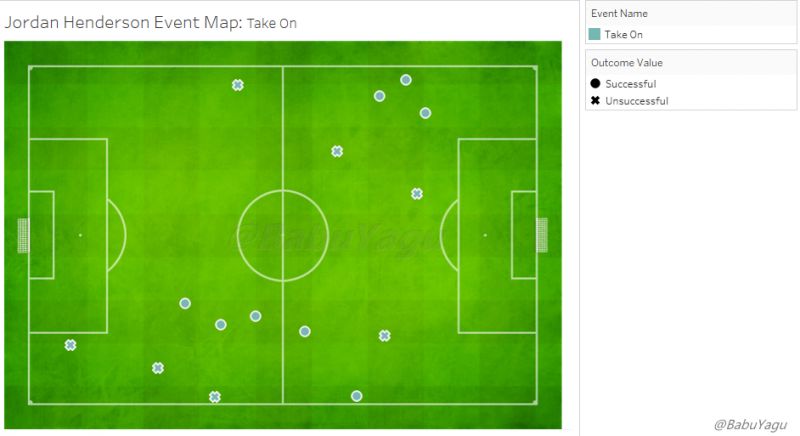 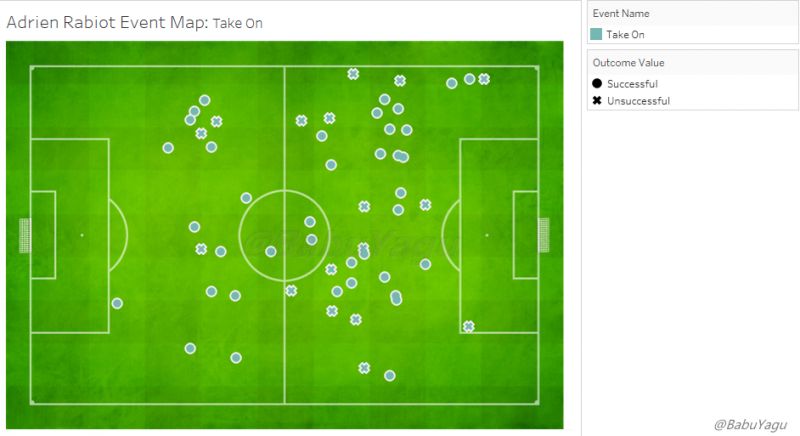 A frequent criticism of Henderson is that he lacks press resistance. What this means, in essence, is that when he receives possession of the ball with an opponent in close proximity, he lacks the ability to escape their attention with a quick turn, feint or just using his strength and balance to shield and roll the opponent – something we frequently see from Mousa Dembélé and Gini Wijnaldum.

Press resistance. This is why I hope our midfield options in big games is Gini, Keita, Fabinho, Lallana & Ox. Hendo, Can & Milner just don't have press resistance which means in every final where they made up 67%/100% of our midfield, we got pressed and crumbled. pic.twitter.com/c8iYZFerHA

This problem with press resistance is highlighted even further when you look at the impact of opponents pressure on the accuracy of their passing throughout the game. In the 2017/18 Premier League season, Henderson participated in four games (Watford, Man City, Spurs & Leicester) where the opponent pressed high in Liverpool’s half of the pitch limiting us to just 8,5 passes, or fewer, per defensive action (PPDA for short). In those games, his passing accuracy averages 73% with a low of 67,6% against Watford.

Rabiot was involved in six low PPDA games in Ligue 1 with PSG last season (Nantes, Montpellier, Monaco x2 & Marseille x2). He maintained an average passing accuracy of 89,2% across those games with his low being 85,4% against Monaco – almost 20% better than Henderson’s lowest score.

Given that in both major European Finals under Jurgen Klopp we lost control of midfield when our opponents pressed us high up the pitch allowing them to isolate our attack from the rest of the team, it seems press resistance is something we want to add to the side to solve our achilles heel. Signing Rabiot would be continuing in the footsteps of Wijnaldum, Keita, Fabinho and Chamberlain in building a midfield that can outpress and escape pressure as good as anything in Europe.

We started this with a song, so it’s only fitting we end the article with one too. One, two, three…

Sorry! I’ll stop there and leave the song writing to Sir Paul! 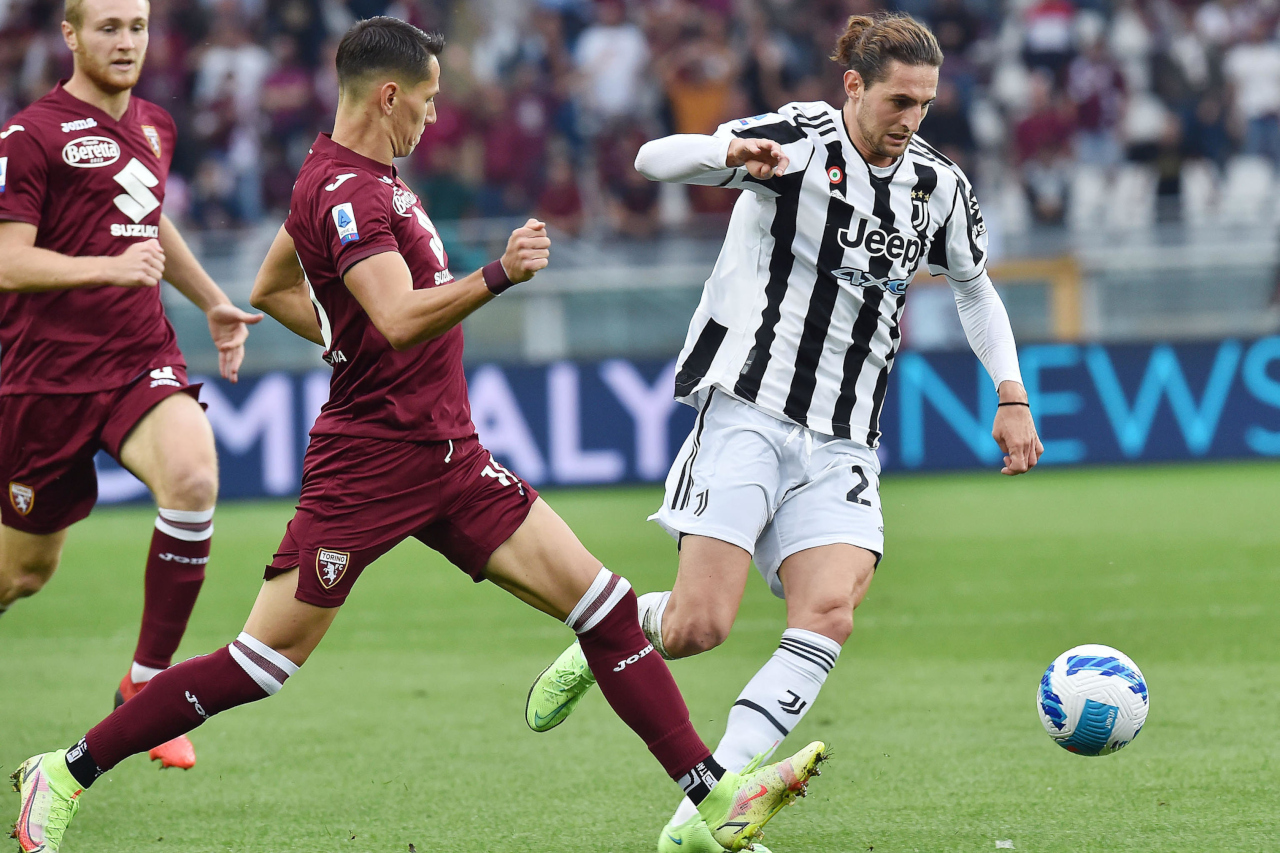