Jadon Sancho has refused to rule out a return to England in the future as his stock continues to rocket.

The former Manchester City man has been making a sparkling impression with Borussia Dortmund in Germany and is already being tipped as a target for a number of top Premier League sides.

Such has been his superb start to the season that he was recently rewarded with a maiden call-up to Gareth Southgate’s youthful England squad for their upcoming qualifiers.

Sancho is currently the joint-top assist-provider across Europe’s top five leagues, boasting a tally of six along with AC Milan’s Suso.

It was recently reported Liverpool were one of those in pursuit of the teenager, who is now being valued at £100million just a year after joining Dortmund for £8million.

Reacting to the rumours, he is quoted by the Echo as saying: “I don’t know. It’s the future. You never know what could happen, so we wait and see.” 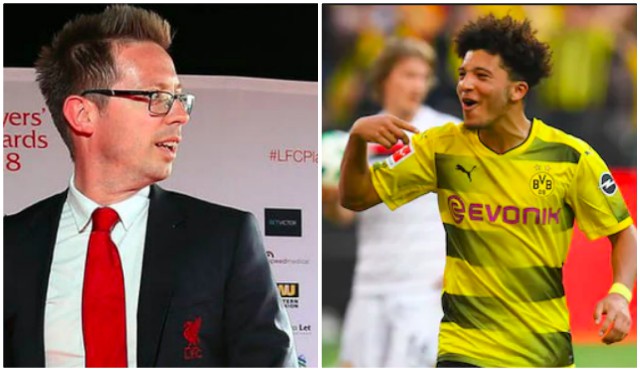 SEE MORE:
Ederson makes Alisson admission: ‘He’s one step ahead of me’

Sancho was a standout figure as England’s U17s reached the final of the UEFA European U17 Championship last May, winning the Player of the Tournament award.

September 2017 also saw him star in England’s U17 World Cup-winning campaign, although Dortmund only allowed him to feature in the group stages of the competition.

His emergence in senior football has been one of an enthralling talent bursting with the attacking ingenuity and flair designed to make him a prominent figure in his international setup.

The signs of a mistake on Manchester City’s part for letting him leave are already threatening to take shape.