Loris Karius has responded to reports that he’s going to have his Besiktas loan cancelled, which we can confirm are categorically untrue.

The German took to his Instagram account and mentioned ‘media bullshit’ in an obvious reference to the false story. 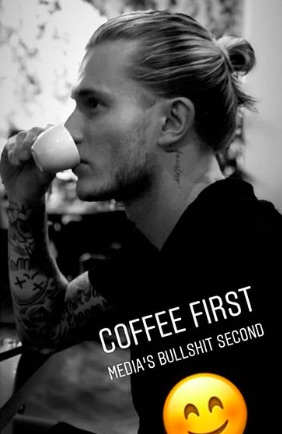 The reality is that Karius will stay at Besiktas until 2020, due to the legally binding nature of his loan contract.

Providing he’s played a certain number of games, both domestically and in Europe, by that point, the Turks will have a legal obligation to buy him permanently, too.

As a result, the only way Karius will ever return to Liverpool is if he fails in Besiktas and ends up on the bench – and even then – his Reds contract will have only one year on it and we’ll surely offload elsewhere.

We truly hope Karius does well at Besiktas. The truth is, he doesn’t deserve to play another game for Liverpool, but he does have ability and we want him to fulfil his potential elsewhere.