In an alternate universe, this would be happening at Melwood right now, with Liverpool’s world-class winger Adam Hammill lobbing Adam Bogdan in a training session…

As it turned out, both the former Reds ended up in Scotland, with Hammill at St Mirren and Bogdan at Hibs.

Last night, Hammill, a scouser who was once heralded for potential greatness while in our Academy, beat Bogdan, who’s on loan from Liverpool, from inside his own half!

The match ended 2-2, but will forever be remembered for Hammill’s sixth minute effort.

He’s now 30, but has enjoyed a good career at multiple clubs, including Blackpool, Wolves and ‘Boro.

Fair play to him!

Adam Hammill scores from inside his own half for St Mirren v Hibs pic.twitter.com/v9BOcI8zEH 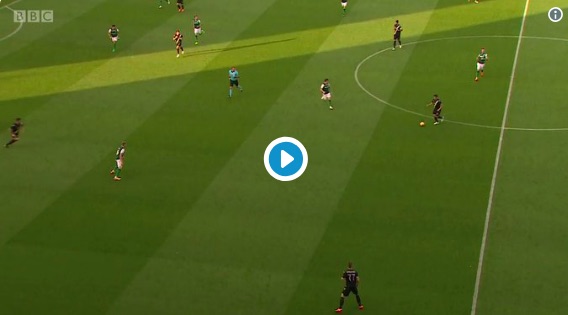