Liverpool meet Manchester United on Sunday for the 202nd North-West Derby in the history of these two clubs.

An interesting pattern is developing, whereby every 5 years, Liverpool travel to Manchester to win at Old Trafford by 3 clear goals, thus completing a league double over United, all while mounting a title challenge. 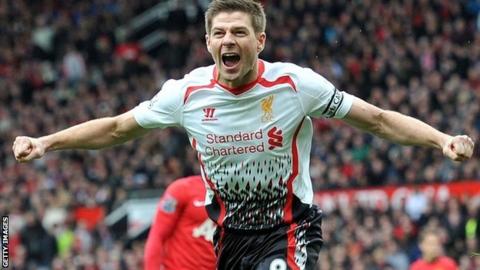 Of course, the problem with looking for patterns such as this, is that ultimately each of those seasons ended with us falling short in the end. The other problem, is it works on the assumption that coincidences in the past will repeat in the future. And, of course, it ignores all the things that are different. It looks at a billion variables, picks the 2 or 3 that repeat, and ignores the rest.

The coincidences are interesting though!

But instead of looking at random patterns in events of the past to predict the future, perhaps understanding Manchester United tactically, and specifically, how things have changed since we faced them in December for Mourinho’s final game in charge, will tell us everything we need to know going into this game to prepare ourselves to defeat our opponents.

Here you can see how bad things had got to under Mourinho. They were the 7th best team in the league at creating chances (NpxG) sandwiched between Everton and Watford. That is a sandwich nobody wants to be part of!

At the other end of the pitch, things were even worse. They were 12th in terms of the value of chances they were giving up (NpxGA) behind relegation struggling Huddersfield.

Overall, the expected goals model had them as the 10th best team in the league at the time Mourinho was sacked.

In contrast, you can see how quickly he has turned things around. United are ranked the 2nd best attacking team in the country here, sandwiched between City and Liverpool. While at the other end, they have moved up 5 places to being the 7th best side defensively.

Overall, under Solskjær, they are performing much better now, and are ranked the 3rd best side in the league behind City and ourselves.

*As an aside, check out the rise of Burnley and fall of Chelsea also on these graphs*

‘Better’ is annoyingly vague though. Better how? What are they now doing that they weren’t doing under Mourinho? What has changed?

Well, let’s start with general possession of the ball and the build-up phase of play.

We can see, United are playing ~16% more passes per match. Overall possession is up 12.5%. However, the key thing is their short to long ball ratio. They are now playing 25% more short passes per long pass.

The most important thing to focus on here, in respect to the game tomorrow, is the number of times possession is lost in the defensive 3rd. With United trying to play out from the back more and be a more possession-oriented side, they are giving the ball away 22.6% more per match than under Mourinho. Should this continue on Sunday, you feel it would play right into the hands of Liverpool.

The other interesting thing here is the number of final 3rd entries. At 56.5 per 90, Mourinho’s United was getting the ball into the opponents 3rd of the pitch just a league average amount. That was marginally improved to 57.2 under Solskjær, but is still around league average.

We can see that Solskjær’s United now attack in a completely different manner to Mourinho’s.

The two things that stand out here is the sharp reduction in crossing in favour of passing, dribbling and through balls. The second thing is the massive decline in how often they are being caught offside now.

Here we see the end product of their better approach with the ball in the build up and penetration phases. Expected Goals are up 37%. Goals are up 50%. Total shots and Shots on Target are both up ~28%. They are 17% more proficient at converting their shots on target into goals. Key to all this, is likely the increase in the ratio of shots they take from inside the box.

Again, some things to draw your attention to here. Firstly, the % of their xG deriving from penalties is exceptionally high; almost double the league average.

Secondly, the switch from a crossing-based attack has seen a sharp decline in their headed shots ratio. Now, only 1 in every 11.2 shots is headed for United.

Quite a lot of information here, so we will just look at a few key changes. Firstly, Offsides won. United were so deep under Mourinho, that they were actually 30% below the league average here. Solskjær has brought this up to a league average number as he pushes his line up on occasion when they aim to press higher up the pitch.

This is reflected also in the 57% increase in the number of times they are regaining the ball in the final 3rd; another woefully below average metric under Mourinho. This has stopped them surrendering territory to the opposition so meekly, as is reflected in the sharp drop in final 3rd entries being allowed and deep completions against them.

You can also see here just how snide a Mourinho side was based on the number of fouls per 90 against them. That has also fallen to below league average now.

The difference in clearance numbers under both managers also highlights the move to playing it out from the back.

However, not all is positive here. Firstly, they are letting sides in the box more often per 90 (31 vs 28.5). This despite the opponent getting the ball into the final much less frequently. This highlights the sacrifice of their more pro-active approach. If you can get past their press, they can be got at.

Also, they are massively outperforming expected goals against and acceptable conversion rates metrics. These are both unsustainably high. This would suggest they are having a very purple goalkeeping patch which has to regress towards the mean at some point. Much in the same way Alisson’s did after his first few months here.

In what direction are the two sides trending?

Of course, all the above numbers are averages over the course of the season. They don’t really tell you anything of a sides form. Whether they are on the up, plateauing, or showing signs of a fall.

To answer that, we will look at Expected Goal Difference trend over the season as an overall performance indicator for sides.

As you can see above, United really did muddle on through the season with late goals masking regular poor performances. Solskjær’s arrival very much looked like a shot in the arm. However, after that initial high, or ‘new manager bounce’ as it is often called, they do seem to be regressing back towards the mean. Perhaps beating Chelsea was just the fortune of facing a side who are in an awful moment themselves? Perhaps the PSG game really was the bursting of a bubble? Or maybe it is just the natural ups and downs that all sides face throughout a season?

In Summary: We Win This How?

Lastly, I would like to highlight Liverpool’s final 3rd regain numbers. As highlighted before, losing possession in the final 3rd is one of United’s weaknesses under Solskjær. However, given they have mostly faced sides outside the top 6, they perhaps haven’t been as exposed by this as they would be by higher quality attacking players.

They are about to face the coach renowned for Gegenpressing. For winning the ball as close to goal as possible to expose sides in transition. A side Pep Guardiola has shown great concern in facing and having to deal with the transition game.

If Jose Mourinho was Klopp’s achilles heel with his bus parking approach to football, then the same could be said of Klopp’s approach to sides who play as Solskjær’s United do. In fact, he has literally built his career on taking such sides and feeding them into a wood chipper.