Roberto Firmino was keeping up to date from home as Liverpool thrashed Watford 5-0 at Anfield to remain one point clear at the top of the Premier League.

The Brazilian was ruled out of the game after hobbling off with an ankle injury in the first half of Sunday’s goalless draw with Manchester United.

His absence didn’t prove a hindrance, however, as the Reds returned to their attacking best with a ruthless performance.

Sadio Mane kicked things off when he connected with Trent Alexander-Arnold’s cross to head in an early opener. The pair combined again shortly after, this time seeing Mane beat Ben Foster with a genius back-heel from the edge of the box.

Firmino took to social media to react to his side’s display. 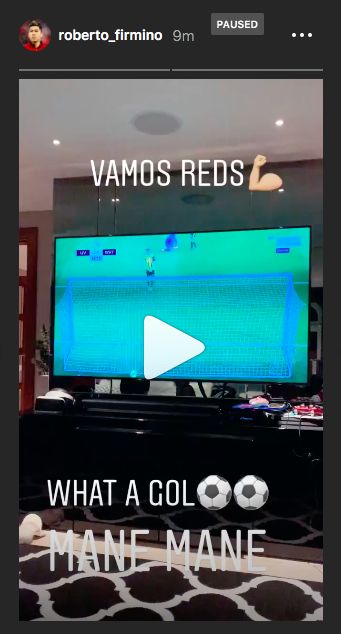 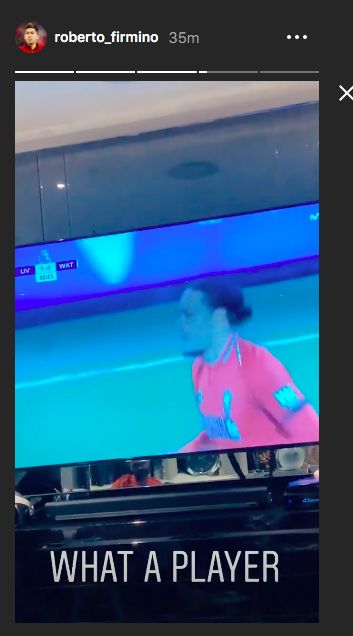 It marked the perfect response to an uninspiring attacking showing at Old Trafford, where Klopp’s men had been seriously short of quality in the final third.

Elsewhere, Manchester City kept the pressure on with a 1-0 win at home to West Ham thanks to Sergio Aguero’s penalty.

Tottenham suffered yet another setback, though, as they were beaten 2-0 by Chelsea at Stamford Bridge.