Liverpool’s U23 side, which featured both Alex Oxlade-Chamberlain and Joe Gomez as they step up their return from long-term injuries, dispatched with ease Leicester U23s at the weekend – on the same day we beat Chelsea at Anfield.

While it would be tempting to think that a couple of top-tier pros made all the difference today, it was actually the kids who shone brightest in this game. So let’s talk about a handful that look like they will make it at the highest level. 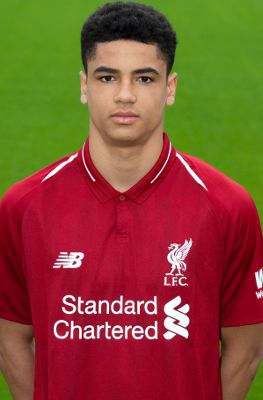 Position: Centre Back, Right Back

Liverpool signed Hoever from under the noses of Chelsea, Manchester City and Manchester United in the summer of 2018, after the player made it clear he would not be signing pro-terms at Ajax.

In December, he moved to Melwood to permanently train with the first team squad. He was handed the #51 shirt and made his debut in January, coming on for Lovren after the Croatian picked up an early knock. He was one of the only positives in an otherwise disappointing evening for the Reds.

Today, he was one of the youngest players on the pitch. You wouldn’t have thoughts so with his performance though. He was extremely calm in possession and confident in stepping out with the ball. He also has an excellent passing range and will be a menace to any side that doesn’t pressure the ball high up the pitch.

Press resistance in the last line looks different from in midfield. In midfield, usually you are receiving and need to turn with the ball. Often needing to roll your marker who is right behind you. For Keepers and defenders though, you are often being pressed from the front and it is about finding a solution to the problem before the opponent can get close enough. Any time the opponent gets within touching distance, you risk them deflecting your pass, or getting a touch on the ball taking it away from you before you can execute your movement to escape pressure.

Hoever was generally excellent at this today. As you can see in the clips, the opponent is rarely not close enough to get the ball, so there is zero risk involved here. Hoever is reading the body shape and balance of the opponent, then using his own momentum to evade him.

However, later in the game, there was one moment he let Leicester’s no.9 get too close and it became a wrestling match for the ball. Hoever hasn’t filled out yet and doesn’t have Gomez’s physique to power out of situations right now. He stuck to his task well though, tracked back and nicked the ball away from him in the box. However, he almost immediately played himself into danger once more when attempting to chip the ball over an oncoming attacker only to see it break into the path of the Leicester striker, who fired over.

Still, the positives massively outweigh the negatives. Having a young kid who has spent his entire playing career to-date, playing a couple of age groups above his physical age, be overly confident in his own ability, is an easy problem to solve, as a coach.

Technically, he is already at a higher level than most players you will ever see at CB. Tactically, he seems to have good instincts too and reads play well. His level, physically, is the only big question mark still. He is 17 and hasn’t filled out his frame yet. He may also still have a growth spurt too. Van Dijk talked earlier this season about how, just before turning 17, he grew 18 centimetre’s in one summer. That will largely dictate his future on the pitch. There are not to many centre backs in the Premier League who are under 6ft. There are even fewer full backs who are towering in at 6’4”.

Football News 24/7
(Video) ‘That Everton one was a banger’ – Curtis Jones and Trent Alexander-Arnold discuss which one of them has scored the best goal for the club
February 3, 2022 14:03
(Video) ‘I used to be a little brat’ – Curtis Jones and Trent Alexander-Arnold share their first memories of each other
February 3, 2022 13:35
(Video) LFC players comforting Brewster after penalty miss says everything about Klopp’s squad
August 30, 2020 7:54
Liverpool predicted XI v. West Ham – Klopp faces difficult midfield decision between Fabinho & Ox
January 28, 2020 8:33
The FA asked if Gomez wanted to report Sterling to the police after bust-up in England camp – report
January 21, 2020 9:17
LFC stars flood Brewster with messages after scoring his first goal for Swansea
January 19, 2020 9:30
(Video) Rhian Brewster buzzing to have scored his first professional goal with Swansea
January 19, 2020 8:53
(Video) Brewster bags first goal for Swansea with smart finish against Wigan
January 18, 2020 17:58
(Video) Gomez & van Dijk wind up Trent over his hair in Liverpool training at Melwood
January 18, 2020 10:03
(Video) Adrian denies Ox rocket in training with cat-like save whilst holding another ball
January 16, 2020 8:27