With Mo Salah and Bobby Firmino both now ruled out of Liverpool’s semi-final second leg Champions League clash with Barcelona, Jurgen Klopp has a tough couple of decisions on his hands.

The big choices really come further up the field as we’ve two massive holes to fill in our front three.

The obvious lineup is to put Xherdan Shaqiri in place of Mo, stick Sadio Mane in the middle and bring on Divock Origi to play on the left from the start.

The hero at St James’ Park over the weekend and our Senegalese star have shown on a few occasions this season that they’re a nightmare for defences when they play together.

A change of formation is also an option; the Reds could put an extra couple of men in midfield and leave Mane as the lone striker.

A core of Fabinho, Jordan Henderson and Gini Wijnaldum with Alex Oxlade-Chamberlain and Shaqiri ahead wouldn’t be a bad way to go if we want to maximise our potential for possession domination.

A positive that can be taken from this unenviable situation is that Barcelona aren’t likely to have studied how we’d play if both Bobby and Mo weren’t on the pitch.

Depending on tonight’s result between Manchester City and Leicester, the Reds may have a change in priorities and a some fringe players like youngster Rhian Brewster may be used to make sure our strongest possible team is fit for Wolves.

Here’s what I’d go for at Anfield on Tuesday night: 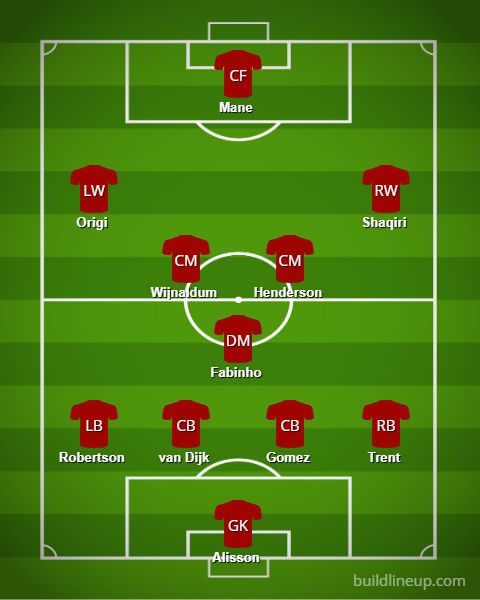