According to the Mail, the Ivory Coast international met with Palace chairman Steve Parish after the Premier League campaign finished and explained his demands.

Zaha wants a switch to a Champions League club, which is probably fair considering his talent and the fact he’s just turned 26-years-old and is about to enter the prime of his career.

Liverpool are one of four (or five depending on the Europa League Final) clubs that will be in the Champions League next term from England.

Manchester City have no need for another winger with Leroy Sane and Riyad Mahrez already warming the bench.

Chelsea have a transfer ban so cannot go in for Zaha even if they’d like him to replace Real Madrid-bound Eden Hazard.

Tottenham are a possibility, but there’s questions about whether they’d spend the required sum to secure him.

We’ve no doubt that Zaha would jump at the chance to sign for Liverpool, but we think the price-tag (rumoured to be £80m by the Mail) for what would effectively be a rotation option, could put us off.

There is no doubting his talent, but does Zaha transition quickly enough through the phases and take risks at the required times? We suppose we’ll only know of his elite capabilities when he gets his move – but the money required to sign him makes this one a no-go for us this summer.

Jurgen Klopp is happy to spend big, but only on players who directly fill a spot in his starting XI. We think the versatile attacker he brings in this term will be a little cheaper and a little younger – and a lot more happy to sit on the bench. 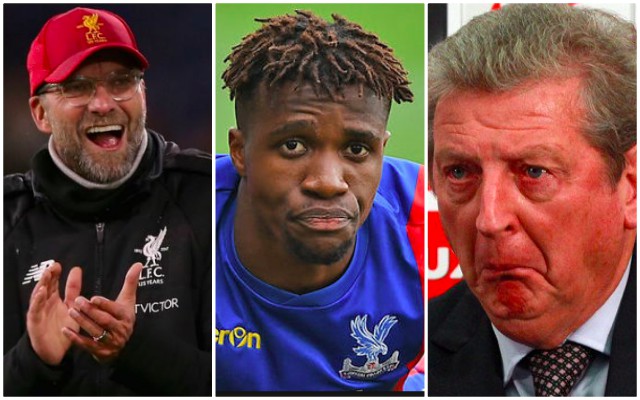