Liverpool have been named in a report regarding young forward Silas Wamangituka, who plays for Paris FC in Ligue 2.

Jornal de Notícias claim that Barcelona and ourselves are both keen on the teenager, who notched 11 goals last term, and are keeping tabs on his situation.

The striker is an unknown quantity, really, and we can’t pretend to have seen too much of him!

But obviously Liverpool have scouts all over the world, and if a 19-year-old is reaching double figures in a single campaign, we’re probably aware of him…

Wamangituka, interestingly, is a friend of Mamadou Sakho, our former centre-back who infamously fell out with Jurgen Klopp, and you can see him with the defender below.

The reason we’d be surprised to see Liverpool buy a young forward of Wamangituka’s ilk is simple: Rhian Brewster.

Klopp is putting his eggs in the starlet’s basket this season and will not purchase a big-name forward to compete with the regular front-three as a result.

Brewster, along with Divock Origi, will get a fair crack of the whip – especially during this pre-season where we reckon our prodigy will get as many minutes as anybody else. 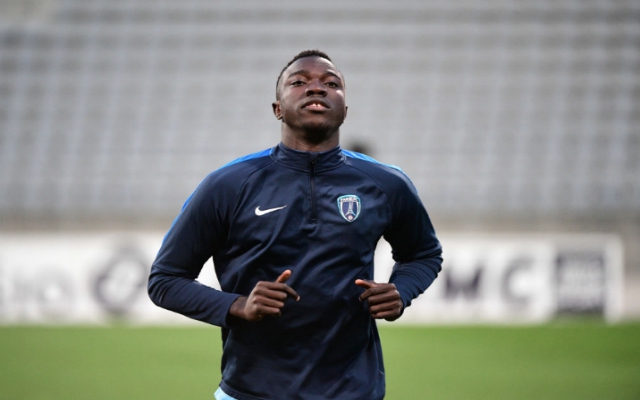