Liverpool fans spent an entire year salivating over the prospect of Naby Keita running through our midfield, producing skilful assists and barnstorming goals, upon the confirmation of his signing in 2017.

The deal meant the Guinean would stay in Germany for a year before joining up with his new team-mates in the summer of 2018.

And while we definitely saw snippets of Keita’s talent last season, we were perhaps a little disappointed at times in regards to his lack of attacking influence on matches.

Many thought the player was simply struggling to settle, but others suggested Keita was actually trying to obey his new manager’s tactical orders – which were different to what was expected of him at Rb Leipzig.

“I was a playmaker in Leipzig. I took the ball with more freedom to do what I want, playing the ball to strikers and wingers to assist or get in front of goal and score,” he told Goal.

“At Liverpool, we have more attacking players like Salah, Mane and [Roberto] Firmino who boast great scoring numbers.

“My first year was about adapting with the team and to the Premier League. There are big differences between football in Germany and England and also between Leipzig and Liverpool, in my duties and the way of playing. I hope things will be even better next year.”

The thing is, you cannot be disappointed with Klopp’s decisions. By demanding slightly more functional midfielders and very offensive fullbacks – Liverpool racked up 97 points in the Premier League – the third highest tally in the history of English football.

We also won the Champions League, so the fact Keita and perhaps Gini Wijnaldum, who attacks far more with Holland, were more grounded for us last term, worked.

Maybe though with Fabinho an automatic starter in the holding role, and captain Jordan Henderson likely to have one of the box-to-box roles, Keita will be given more licence to get forward and ahead of our front-three.

Klopp’s ideal role for Keita is a skilful, tricky midfielder who can both burst and pass through the lines, while being defensively menacing off the ball.

(Video) “Yes lad!” – Naby is buzzing as he poses with Premier League trophy in unseen clip 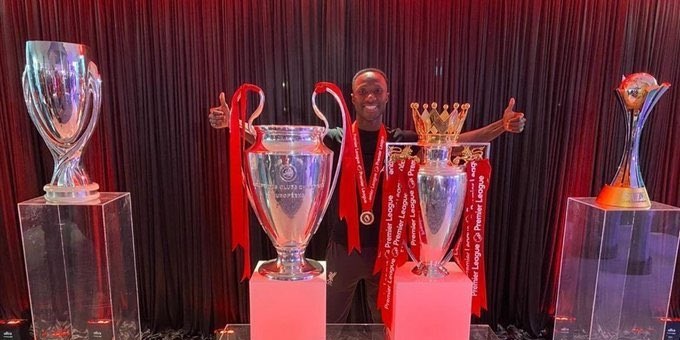