Liverpool are being linked with German left-back Philipp Max, who has been given a very affordable €20m (or £17.94m) valuation by his Bundesliga club Augsburg.

The rumour features in Spanish publication SPORT, who claim we’re considering the offensive fullback alongside Barcelona, who themselves are searching for strong backup options behind Jordi Alba.

In their piece, SPORT say we’re ‘in talks’ with the player’s entourage already.

Andy Robertson was the best left-back on the planet in 2018/19 and we obviously are not looking to replace him, but potentially provide him with some top notch support for the upcoming campaign.

Adam Lewis and Yasser Larouci have been tested this pre-season, but we’d consider it slightly naive to rely on either to cover a number of matches should Robbo pick up an injury.

Jurgen Klopp has not laid Liverpool’s cards on the table when it comes to a potential new left-back signing – but hinted that ‘one position’ may be targeted before the new term begins.

“I’m happy with the team, we are really happy”, the 52-year-old told the official website, cited by ITV.

“We have to see if we find maybe one position, if we find something for it, but there’s no real pressure because it’s not about signing a player. We have solutions for all the situations.”

Max is 25-years-old and has in the past, been the highest assister in the German top flight, so has the right pedigree to play as our left-back.

His asking price is very affordable, too, and we have a good relationship with Augsburg having already bought Ragnar Klavan from them a few years back! 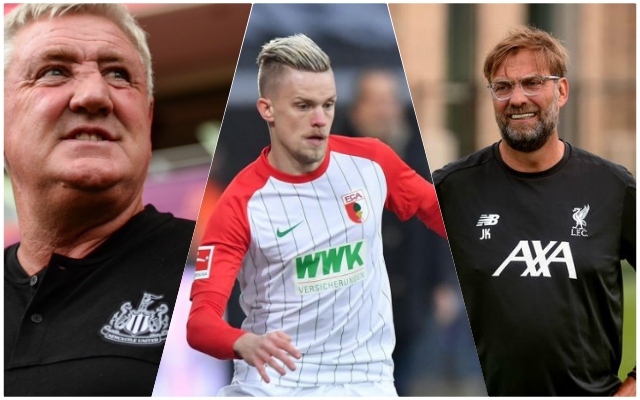