Before the Reds kicked off against Napoli in Edinburgh, Jürgen Klopp met with Carlo Ancelotti at Murrayfield as the two managers exchanged warm words.

The former AC Milan boss apparently took the opportunity to congratulate Klopp for winning the Champions League in Madrid.

It’s a nice gesture from the Italian, especially considering his European history with the Reds.

Beaten on penalities by Liverpool during his playing career at Roma back in 1984, he then tasted bitter defeat again at the reigns of AC Milan in 2005’s miracle of Istanbul. Two years, later he had his revenge in yet another Champions League final.

More recently, Klopp and Ancelotti faced off against each other in last season’s Champions League as the Reds and Napoli clashed in the group stage.

Eventually dumped out by a 1-0 Reds victory – that obviously ended in Liverpool glory – despite the colourful history between he and the club it was nice to see him show his class in Edinburgh. 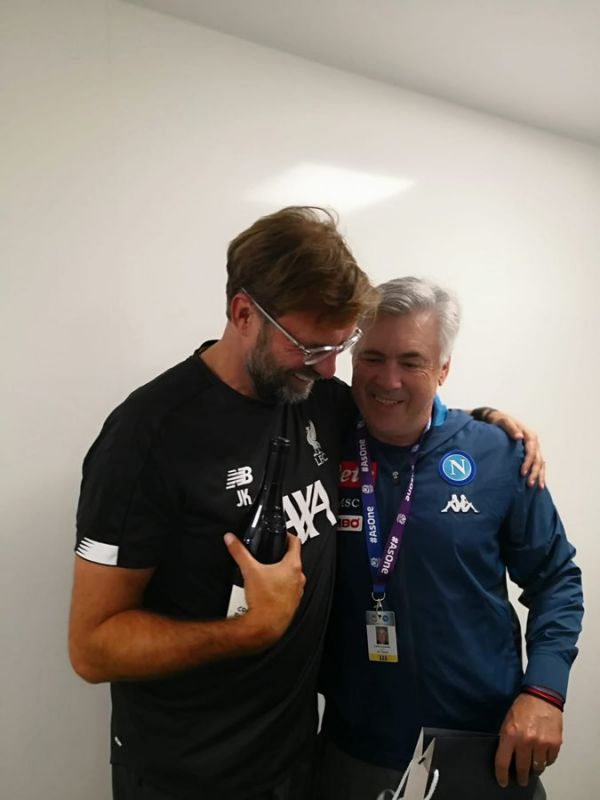 News Flash: Jurgen Klopp cares less about transfers than you do, mate