Liverpool are in Europe for a training camp, and that can only mean one thing: the bicycles are out.

For most of the squad, it’s convenient transportation, an additional bit of exercise and maybe a chance to take in the scenery.

But teenage sensation Rhian Brewster couldn’t resist livening things up by whipping out the wheelies!

Elliott was just up the road and found his team-mate’s antics hilarious. 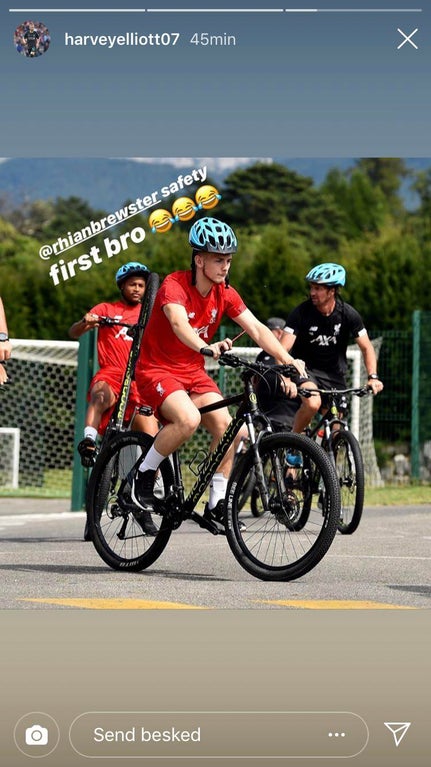 Brewster himself took to Twitter to demonstrate his homegrown technique, but Gini Wijnaldum and Harry Wilson don’t look quite as impressed as he hopes.

Let me show you man how we ride bikes in ends 🚲 pic.twitter.com/WTcGhnYwBb

Anyway – good to see the bond between the group of young players is looking nice and strong!