Probably the weirdest headline we’ve ever had to write, to be honest…

At the time, we had no idea, but during Liverpool’s celebrations after the Super Cup victory, a fan ran onto the pitch and injured Adrian after accidentally falling over as he approached the Spaniard, who’d just saved from Tammy Abraham.

“I really don’t understand it why, in the world of social media where you are all on it, when we were all together a supporter jumped over something, was chased by some security guys, slipped and kicked [Adrian’s] ankle. Crazy,” Jurgen Klopp told the official website.

“Yesterday it was swollen. Today I spoke to him and he said it is better, much better than yesterday, but we have to see.

In the video below, you can see the moment in all its ridiculousness.

In Adrian’s place, we may see Andy Lonergan between the sticks v Southampton.

The moment when Adrian got taken out by a pitch invader after the Super Cup.
He is now a doubt for tomorrow’s game at Southampton due to a swollen ankle. 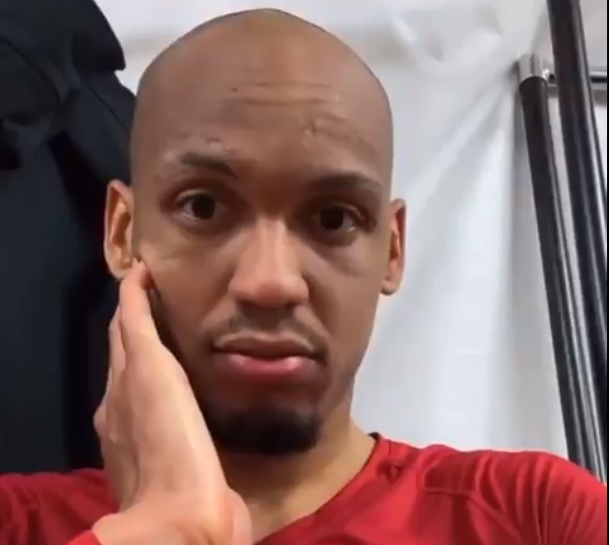