Jurgen Klopp has praised the important contribution of Alex Oxlade-Chamberlain in Liverpool’s 2-1 victory over Southampton.

He was shifted back into a midfield role after struggling out wide in the UEFA Super Cup, and the decision paid off.

He turned in a dynamic midfield performance, his use of the ball confident and efficient.

It was arguably his best display since returning from his long-term injury layoff, and Klopp was thrilled.

“Brilliant. It was outstandingly good,” was the boss’ verdict in his press conference.

“It was 45 minutes on Wednesday, we can now say they helped for sure, to get the minutes, to feel the intensity, and know you are ready for the intensity.

“Then today we had to make changes and we did.

“Especially for us it’s really important that in the centre of the park we are ready for all these long runs, all these decisive things, so we changed there… it was good to have this opportunities and Ox was obviously not bad today.”

Klopp was also asked whether the victory felt even more significant given that the odds were, to some extent, stacked against the Reds after a marathon Super Cup.

He reckons the trip to St Mary’s would have proven tricky regardless, suggesting fatigue would not have been an excuse for dropped points.

“We played here last year I don’t know after which game and it was difficult.

“Southampton is a good team, they defend well, they are really just difficult to play. Good counter-attacks, good organisation, all that stuff. Last year, we were 1-0 down and won 3-1 right?

“That was really difficult and this afternoon it was difficult again.

“Nothing to do with the game in midweek: I said before the game, if we would have come here with two weeks’ preparation it would be difficult.

“So I liked the game a lot, to be honest. It’s not allowed to think too much about Wednesday but of course I know it, so I was really impressed with how fresh we looked, in the start especially, just how good we were.”

It was always going to be case of focusing on the result rather than the performance in these circumstances, and so Klopp will not be overly concerned by the sloppiness which characterised his side at times.

He’ll now be grateful for a period of rest and substantive training before the visit of Arsenal next weekend. 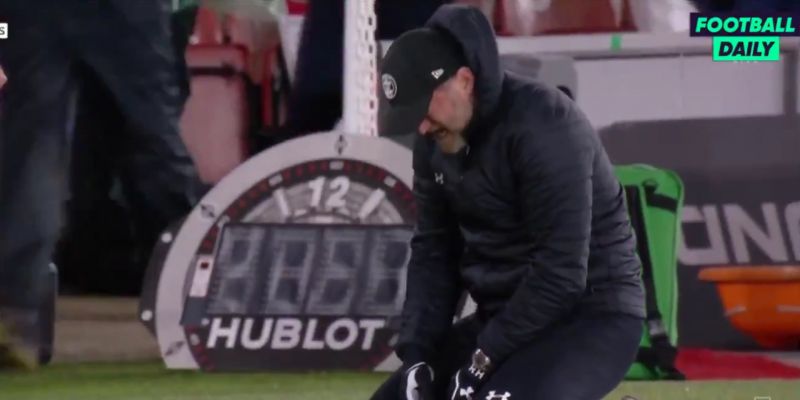