Jurgen Klopp thinks Alex Oxlade-Chamberlain’s performance against Southampton was ‘brilliant,’ but the player himself only rated it as ‘alright’!

Ox played in his preferred midfield position, slightly to the right of anchorman Gini Wijnaldum – and was probably as good as anyone apart from Sadio Mane.

He charged forward with menace with the ball at his feet, crossed well, played smart balls to Mo Salah and put in a defensive shift, too.

“I had an alright game but the main thing was I wanted to make sure I focused on the defensive duties,” the midfielder told Liverpoolfc.com. “It has been a while since I started but I’m delighted that I could help contribute because that’s what I’ve missed so much.”

Klopp though was far kinder in his assessment – and we think he’s closer to being right.

“Brilliant. It was outstanding good,” the boss told the official website. “It was 45 minutes on Wednesday, we can now say they helped for sure, to get the minutes, to feel the intensity, and know you are ready for the intensity. Then today we had to make changes and we did. Especially for us it’s really important that in the centre of the park we are ready for all these long runs, all these decisive things, so we changed there… it was good to have this opportunity and Ox was obviously not bad today.”

It’s great that Ox has such high expectations for himself. With Naby Keita injured, there’s definitely a spot for the 25-year-old in our midfield three, as he is the only other player who provides a dribbling and dynamic option from deep areas.

We’d like to see him keep his spot against Arsenal next weekend, perhaps with Fabinho holding and Jordan Henderson on the other side.

In likelihood though, for a big game, Klopp will use Gini Wijnaldum next to Fab and Hendo – which is the midfield he picked in the Champions League Final v Tottenham and one he trusts entirely.

Baffling Brennan accuses Klopp of ‘tearing up his blueprint, dropping his principles’ and copying Guardiola 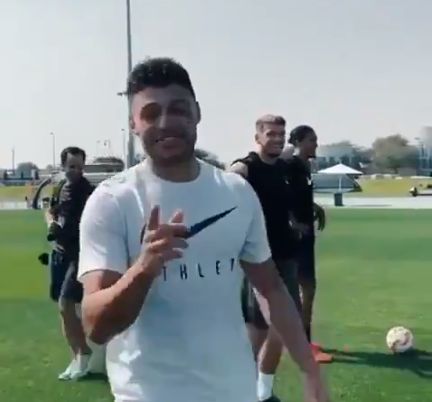