Thanks Warren Pegg for this guest piece!

There’s been much discussion over the past couple of weeks about whether Liverpool are playing a significantly higher defensive line this season, and if so why.

This short article attempts to shed some light on the former question, by looking at the opening four matches of the past two seasons to see where on the pitch (i) our opponents have been caught offside; (ii) our defenders have been performing defensive actions.

The basic idea was taken from this Statsbomb piece by Colin Trainor, who’s one of the unsung heroes of the early football analytics scene, and this Garry Gelade post.

We’ll start by looking at the open-play offsides by our opponents – in other words, those that didn’t come from a free-kick or immediately after a corner. 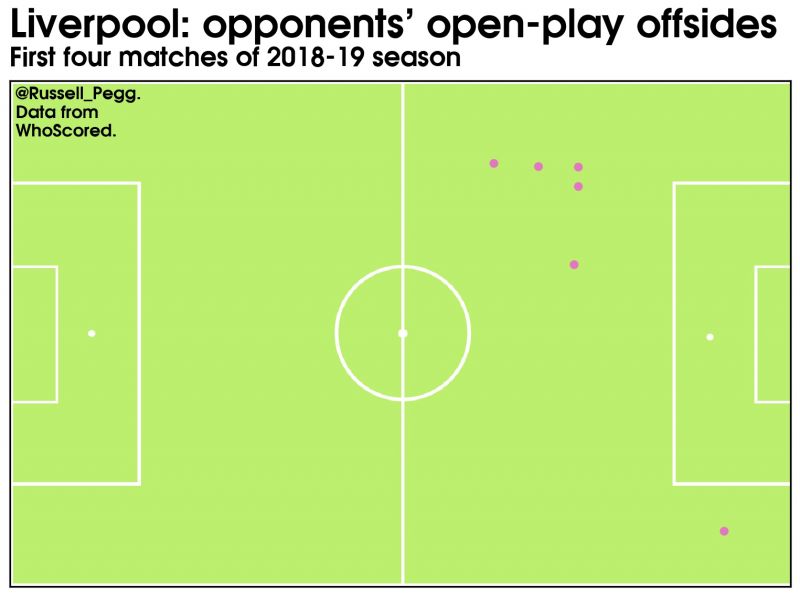 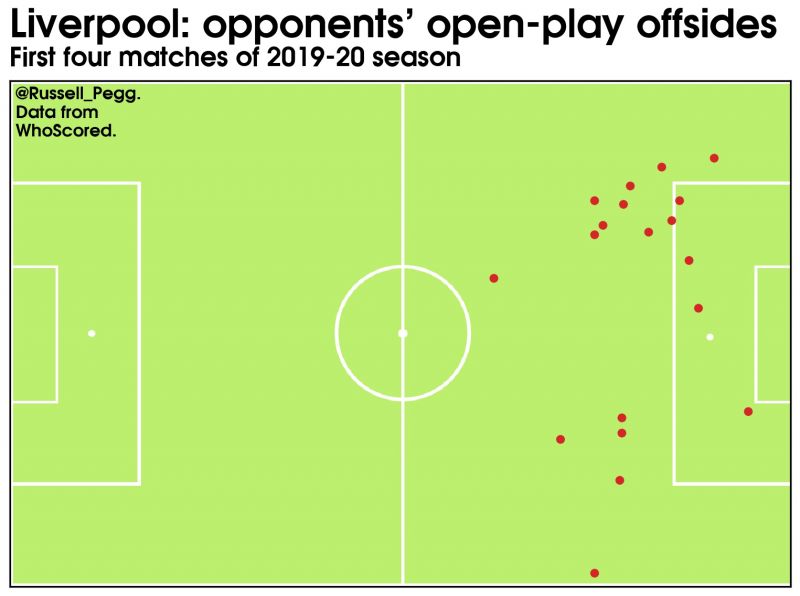 So, Liverpool have been catching their opponents offside much more frequently – 19 times this season, compared to seven last term – but there’s no clear evidence here that those offsides have been occurring further up the pitch. If anything, the opposite seems to be the case.

There are some obvious caveats here, of course. The first four games of last season included an encounter with Roy Hodgson’s Crystal Palace, who don’t tend to go in for the whole attacking thing. We also played Brighton, and while Chris Hughton is an infinitely more likeable individual than Woy, his safety-first approach wasn’t much different to Hodgson’s. That’s in stark contrast to the matches against City, Norwich and Chelsea this year.

Finally, we’ll look at how far up the pitch our defenders have performed defensive actions in these games. This means all tackles, interceptions, challenges, offsides “provoked”, aerial duels and fouls in Liverpool’s own half. 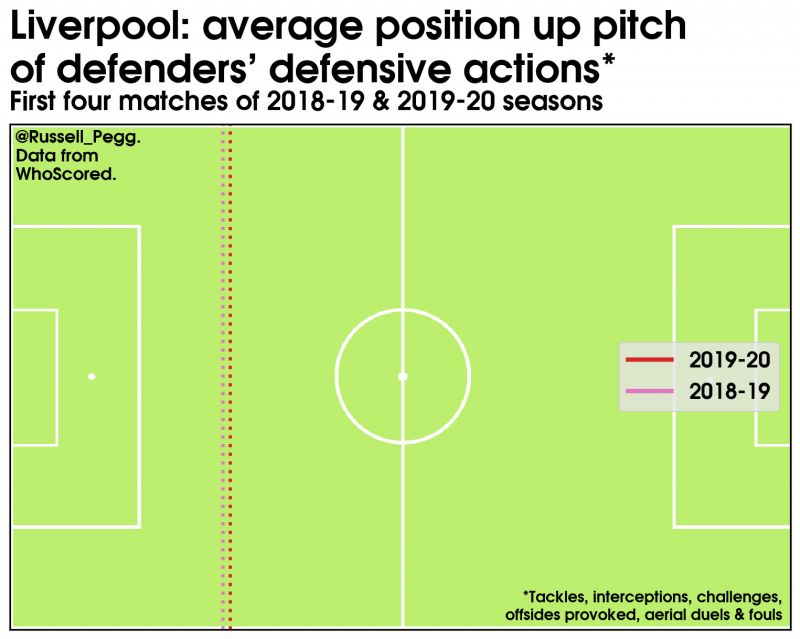 As you can see, although those actions are taking place in more advanced positions on average this season, the difference is by no means huge.

Obviously, four games is far too small a sample size to draw any firm conclusions from, and that’s been accentuated by the atypical nature of the Community Shield and Super Cup matches in recent weeks.

But in terms of these metrics at least, any shift in Liverpool’s back-line hasn’t been too clear cut so far.

Lijnders reveals bolt-on starter for Liverpool’s upcoming cup clash with Norwich: ‘I want to give one name’