By now, Reds fans will all have seen the footage of Sadio Mane seemingly fuming with Mohamed Salah after being substituted against Burnley.

Mane appeared livid that Salah failed to square the ball to him for a likely tap-in, instead going for the selfish option.

That led to one or two concerns about the relationship between the two frontmen going forward.

Jurgen Klopp has already played those down, insisting that Mane is simply an ’emotional guy’.

And it seems that Salah isn’t taking the incident too seriously either, expressing his amusement at a video posted on Liverpool’s Instagram which shows Roberto Firmino acknowledging the awkwardness. 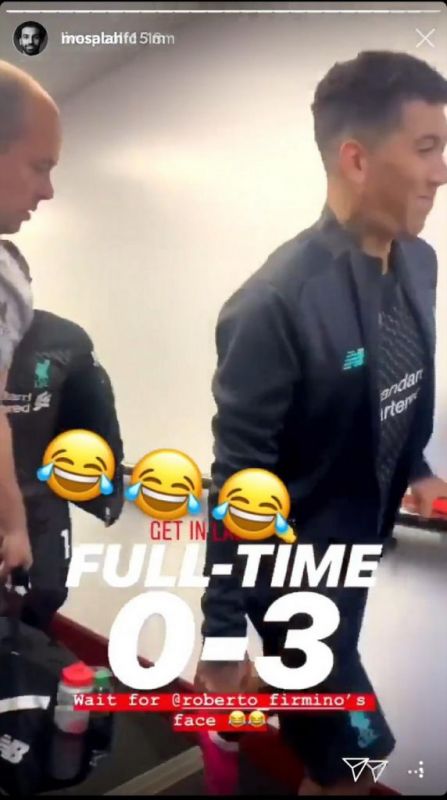 Overall, it seems like the outburst is being blown out of proportion as a rare ‘scandal’ in a united dressing room.

The Egyptian handed his shirt to a young Burnley fan after the match, no doubt softening the blow of a 3-0 defeat.

Fair play to @MoSalah for this! giving his shirt away to an opposite teams fans 👏 👏 prob made that kids day ! Apart from the result obviously 😉 #BURLIV #Salah #PremierLeague #football #BurnleyFC #LiverpoolFC @LFC @BurnleyOfficial pic.twitter.com/whkB9B2Up8