Michael Owen doesn’t always help himself, does he?

Our former hero, still a club ambassador, has hit back at Liverpool fans who judge him for his stint at Manchester United in his new book, Reboot.

Owen reckons the supporters who no longer respect him are in the minority and remarkably, has marked them ‘delusional’.

Here’s the extract from the book, cited in the Echo:

“Not surprisingly, I get a huge amount of abuse from what I suspect is a minority of Liverpool fans who think that, because I played for a rival club, I shouldn’t even be a Liverpool ambassador in the first place!

“That, I’m afraid, is fan-centric nonsense. Not just that, when I trawl through my memory banks, recounting all the great moments I enjoyed with the fans and my fellow players, these opinions sting. My record at Liverpool is a good one. I won trophies there, scored goals, won two Golden Boots there and lifted the Ballon d’Or. I played for the club on two hundred and ninety seven occasions. I went in where it hurts for the club on countless more instances.

“How does playing for a rival club negate any of that? It doesn’t. To think that way is just delusional. And even worse, while fans are happy to question my credentials, you’ve got guys hanging around.

“In my daily life, I don’t shy away from going anywhere. I go to restaurants, pubs, racecourses, football grounds – I have done so for years and I’ll continue to. I can count on one hand the number of times that anyone has come up to me and given me a hard time about whatever football clubs I’ve played for, or been abusive about so-called loyalty, or challenged my views on this or that.

“In the real world it doesn’t happen. On the Internet however, it’s a total free-for-all.”

So, where do we begin on this one?!

Firstly, we think Owen’s comments here are verging on moronic if he wants to eventually be universally accepted by the Anfield faithful.

A loud apology for firstly running down his contract and joining Real Madrid and then joining Manchester United from Newcastle United, followed by an explanation – would be a smarter way of going about it.

We do however accept that Owen desperately wanted to rejoin Liverpool from firstly Real Madrid and then Newcastle – and his failure to do so isn’t his fault.

In his situation – able to join a massive club, win things and learn from a legendary manager – what would we have done?

Impossible to say, but Owen still has to take his medicine in regard to his United move and the subsequent in our faces celebration of his ‘success’ there.

Mo Salah’s ‘selfishness creeping in,’ says Owen: ‘He’s never passed much, but there are extremes…’ 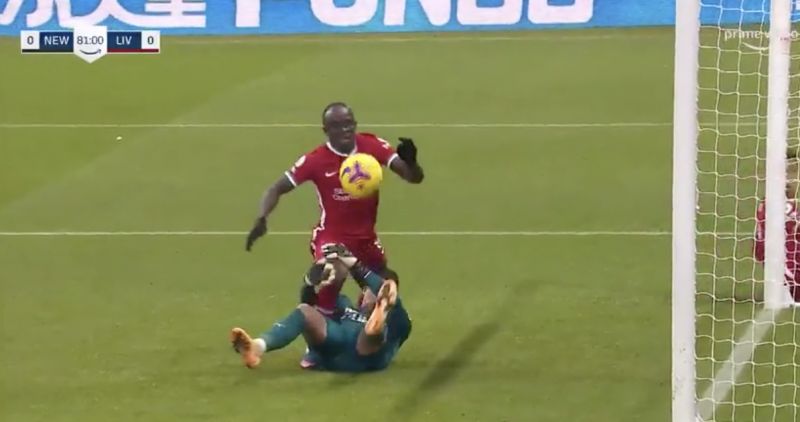