We all know Jurgen Klopp as the manager of Liverpool FC. He’s currently doing a great job and has the chance to write himself into the history of this club over the coming years. But what about the man himself, what is he like? Here are some facts you may not know about the German manager.

Klopp has been married twice in the past and has both a son and a step-son. He married his first wife, Sabine, in the 80s, and afterwards the pair had a son named Marc, who was born in 1988. Marc played football to try and follow in the footsteps of his father but was unable to break through professionally.

In 2001 they were divorced, and Klopp remarried in 2005 to his current wife Ulla. She has a son named Dennis from a previous marriage of her own, who is now Klopp’s step-son. They met in Germany, and the family now resides in England together.

There appears to be a number of people in the public eye who are turning to hair transplants to cover up their baldness and receding hair lines. Klopp is one of those and is one of the few who is open and proud about it.

He is often caught discussing this with journalists and his former player Mario Gotze has spoken about it in public before. Some people are ashamed of this and prefer not to speak about their miraculous hair line re-growth, but Klopp seems happy to embrace his and advocates having one.

#3 The Early Losing Run in Finals

At the end of his career, Jurgen Klopp will finish with a great haul of trophies. However, things haven’t been plain sailing for him and the teams he has managed. While he showed fantastic qualities to get his teams into finals, winning them was another thing.

From 2013 until 2018, Klopp went on a run that saw him lose six consecutive finals. This covered both his time at Liverpool and Borussia Dortmund. The run he went on is highly unlikely to be seen again, with Liverpool seemingly set for multiple pieces of silverware over the coming years.

The betting public will certainly be looking at them to do that, with wagers being placed on the club to win something every year. Here’s a selection of new betting sites where you can place a wager on Liverpool to have success this season and beyond.

The days of loyalty in football have almost gone, with just a few individuals showing that in recent times. One of those, without a doubt, is Jurgen Klopp. After finding his club Mainz as a player, he spent 12 years playing there, with a total of 325 appearances and 52 goals.

He then moved into management, but stayed with Mainz for a further seven years, learning his trade at the club. Although he eventually moved on from Mainz, it wasn’t until the right opportunity to better himself became available, which was in 2008 when Borussia Dortmund called for his services. He spent seven years with Dortmund before moving to the Premier League to enhance his chances of becoming the best manager in the world.

The 52-year-old has been at Anfield since 2015 and is showing no signs of wanting to leave anytime soon. His loyalty has been on show throughout his entire career, both on and off the field and there is no reason to suggest that will change at any point.

Not only do Liverpool have one of the best managers in world football at the moment, but they also have a loyal figure who will hopefully remain at the club for a very long time.

#1 The Studying of Klopp

If you want to know how successful Jurgen Klopp really is, then perhaps this is seen in the number of people that have studied and wrote about his methods. Klopp is open about this, and happy it happens, of course there will be some secrets he keeps to himself. As for everything else about his managerial style, that is out there in the open for everyone to see and copy if they wish to.

When you have books written about you and your tactics, it must bring a huge sense of achievement. This is all fully deserved too, Klopp has shown us time and time again that he can build a team and get them playing in a way that will win games.

He’s not done just yet either, and the longer he continues to prove this, the more deserved praise he is going to get.

‘That was the moment I thought, ‘Yes, we will be champions,” explains Jurgen Klopp 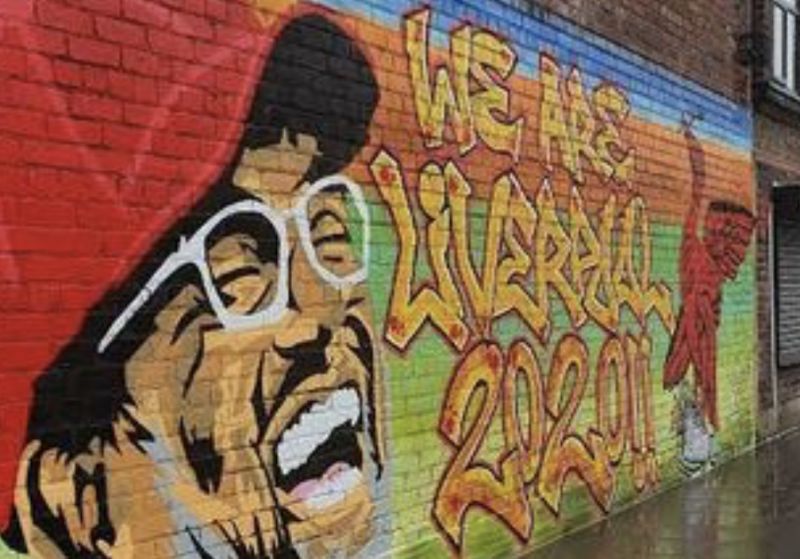 (Image) A new Klopp mural has sprung up in Liverpool 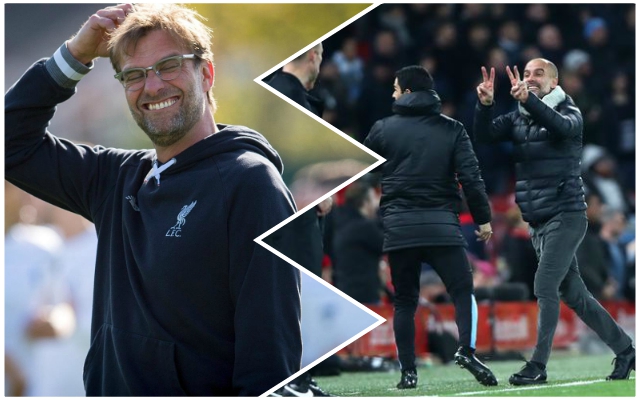 Guardiola couldn’t have done what Klopp has with same starting point, says Collymore