This is a very interesting list that’s been published by Transfer Markt!

It features the top ten highest spending football managers in history – but Jurgen Klopp is nowhere to be seen, despite managing since the start of the Millennium and at major teams since 2008.

Perhaps unsurprisingly, Jose Mourinho is on top, despite the fact that in nearly every job he has he complains about a lack of spending money…

What’s interesting is that of the top 10, Pep has bought the fewest number of players, which shows that when he does enter the market, it’s for readymade, expensive stars rather than potential greats.

At Barca, Bayern Munich and obviously Manchester City, Pep has had blank chequebooks to form his admittedly brilliant teams.

Klopp, while spending big on Virgil van Dijk and Alisson, has predominantly bought players well under their value and transformed them into world-beaters. 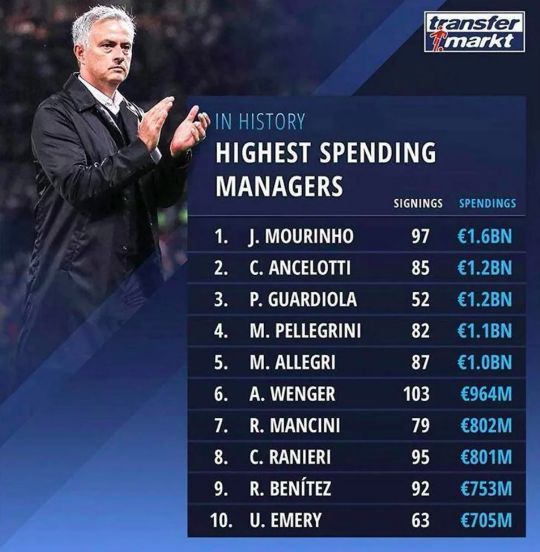