After Jamie Vardy fouled Liverpool stopper Adrian in the first-half today, it wasn’t especially tricky to lip-read what the Spaniard had to say to him!

If you watch the video below, you’ll see in no uncertain terms, the instructions Adrian gives the Leicester striker…

Adrian also made an incredible stop from a Leicester header in the opening 45, although it would have been ruled out for offside anyway.

This could be Adrian’s last game in the Premier League for some time, with Alisson due back after the international break – but should Adrian have to continue for whatever reason – we’d have zero worries.

Anybody know what Adrian had to say to Vardy there? I couldn't quite tell. 😂 #LIVLEI pic.twitter.com/QAoiYGryX2

Adrian says Atletico ‘deserved’ to beat Liverpool because of Oblak, despite his mistakes 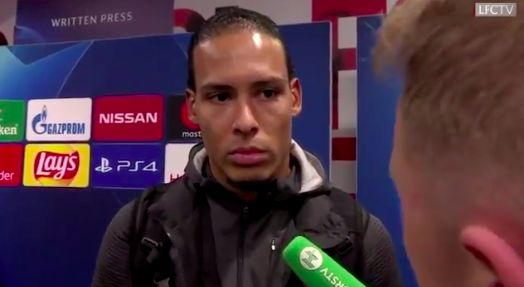