Argentina boss Lionel Scaloni has revealed that Manchester City forward Sergio Aguero has not been training with his club recently because of injury.

The striker was not selected by his country to play during this international break, though he did play 89 minutes of City’s Champions League clash against Dinamo Zagreb and the entire game when Wolves went to the Etihad Stadium and won.

Via the Manchester Evening News, Scaloni said: “Sergio Aguero is not here because he’s been carrying a problem and has not been training 100 per cent with his club.”

It does not sound like the injury is too serious, but for Aguero to be missing training and be allowed to skip international duty perhaps hints at an underlying problem, which would be a big blow for City in the Premier League title race.

READ MORE:
(Video) Gini Wijnaldum’s absolute screamer for the Netherlands is a must-watch

Argentina face friendly matches against Brazil on November 15 and Paraguay on November 18, which is just after Manchester City come to Anfield in the Premier League.

Aguero’s international boss added that he expectsthe forward to be back fit again by then.

Pep Guardiola has plenty of other options to choose from, but with Aymeric Laporte already out, he will not want to have to do without any more star men over the coming weeks.

Baffling Brennan accuses Klopp of ‘tearing up his blueprint, dropping his principles’ and copying Guardiola 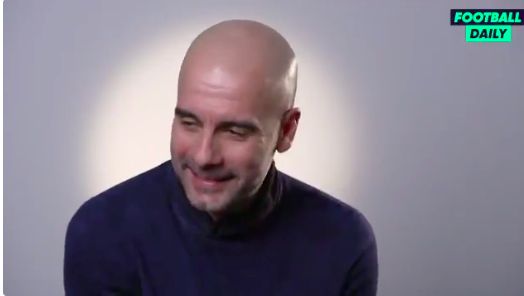