Former Liverpool player Dirk Kuyt believes that the current squad assembled by Jurgen Klopp is better than the squad that came close to Premier League glory in 2008/09.

Liverpool were pipped to the title by bitter rivals Manchester United, but Kuyt is hopeful that this season will finally be our year.

“We were very close to success. We just missed a small detail to go one step further,” he told the club’s official website.

“With the likes of Stevie and Carra, Mascherano, Torres and many other very good players, we just missed a little something.

“If you see the build-up of the team of Klopp, you see it progressing every time and it looks like it’s now coming to success also in the Premier League. We were a particular team like that, only we couldn’t go one step further at that time.

“Hopefully this team will do it because, in my opinion, this team now on the pitch is even better than ours.”

In 2010, I was confidend that I’d seen the strongest ever Liverpool team of my generation, but I was wrong.

Kuyt is absolutely bang on – our current squad has that little bit extra that we didn’t have ten years ago.

It’s hard to pinpoint exactly what it is, but having four of the world’s best players in goal, at centre half and on the wings definitely helps! 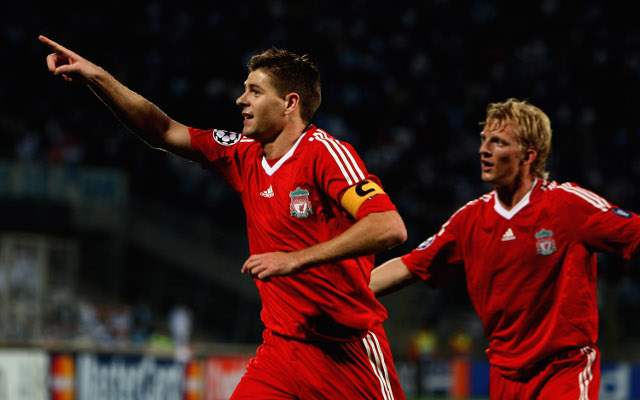