TransferMarkt has released it’s most valuable current XI, and all four of Liverpool’s players from the continent make the side.

It’s crazy to think that’s the value put on our forwards now considering what we paid for them in 2016 and 2017.

Naby Keita hasn’t shone at Liverpool, but his value of €50m is more or less what we paid for him.

In defence, Joel Matip lines up next to Kalidou Kouliably, who’s probably the second best centre-back on the planet behind Virgil van Dijk.

Matip no longer represents Cameroon, but he still counts as a CAF player due to his caps between 2010 and 2017!

Three of Liverpool’s African superstars will likely start v Manchester United on Sunday, with Naby Keita on the bench. Let’s hope one of them has a game-winning impact! 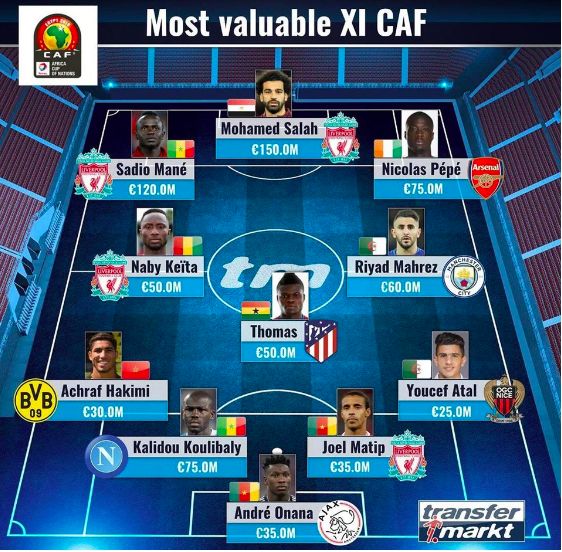 African legend Okocha urges Mo Salah to join Barcelona: ‘His energy has run out with Liverpool’

Mane rubbishes Firmino criticism: ‘Without Bobby, I don’t see me and Mo score as many goals’