Former Manchester City striker Darius Vassell, who now regularly works as a Sky Sports pundit, has named his combined Liverpool and Manchester City XI ahead of the weekend.

We’re a little wary of getting drawn too heavily into these debates, after nobody selected any Manchester United players in their combined XIs with Liverpool – before we drew at Old Trafford.

But it’s a fairly interesting discussion point ahead of Sunday’s clash nonetheless. 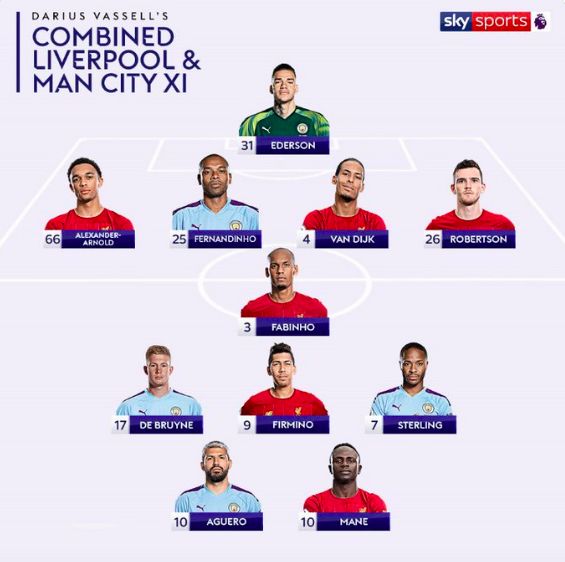 For us, we don’t think his take is too bad, in fairness – although we’d love Salah to show the world what he’s truly capable of this weekend…

We actually thought he showed glimpses of his scintillating best v Genk last night, despite odd criticism from supporters, but a goal or two to send us nine points clear would be even better!

Mo Salah revisits encounter with thief in Egypt who stole £1,400 from his father’s car

Mo Salah weighs in on Ballon d’Or and its importance to him: “Sometimes I feel it’s just politics”