Danny Murphy says Liverpool captain Jordan Henderson is the only guaranteed starter in England’s midfield for Euro 2020 next summer, with plenty of options at the disposal of manager Gareth Southgate.

Leicester City’s James Maddison can barely get a kick for his nation, while both Declan Rice and Harry Winks have played to varying degrees of success.

READ MORE:
Liverpool ‘can and will spend’ next summer according to reliable reporter David Ornstein

Chelsea’s Mason Mount and fellow Reds man Alex Oxlade-Chamberlain are also in the equation and will fancy their chances as long as they are fit and continue their current form.

Via Goal, Murphy said: “Jordan’s always in it. There are good options in there for Gareth, but I don’t think it’s worth saying now that should be the three, because if I was playing a lesser nation, I’d have no problem playing Maddison and Mount, ahead of Henderson or Winks or Rice.

“If you’re playing France – the best team in the world – then you might go for Winks, Henderson, and Oxlade-Chamberlain, because they can all do the defensive bit, they’re all disciplined.”

Henderson gets a lot of stick even now from some sections of the Liverpool fanbase despite being a Champions League-winning captain, but it has to count for something that both his club boss and his national team coach love selecting him.

If he and Trent Alexander-Arnold are both playing, with Oxlade-Chamberlain in with a real chance as well, that might be sufficient reason for Reds fans to get behind the national team for a spell. 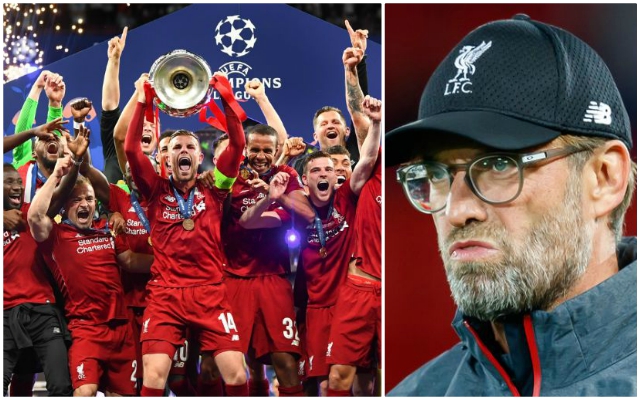 Henderson raves about LFC fitness ahead of PL return: ‘fitter than before we went into lockdown’

Henderson: Winning PL without fans will be ‘strange,’ but one day, we’ll ‘celebrate together’