Liverpool confirmed the transfer of Takumi Minamino this morning, with the Japanese international passing his medical at Melwood yesterday.

While on Merseyside, Minamino met Fabinho – who was also in the medical room undergoing treatment for his injury!

It’s a shame he’s not in Qatar with his team-mates at the Club World Cup, but at least he got to offer our new no.18 a warm welcome. 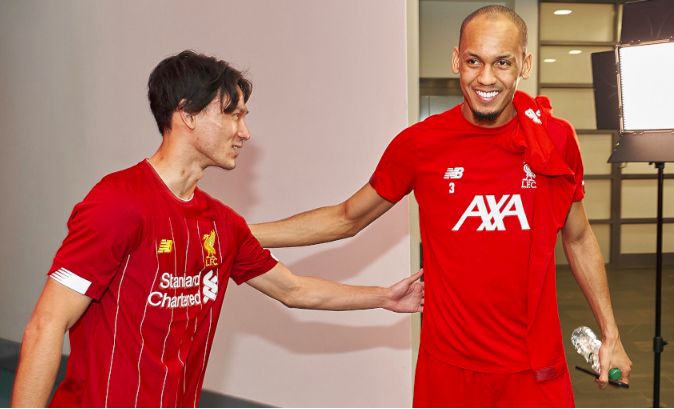 Minamino should be available in early January – perhaps for the FA Cup tie with Everton on January 5th – but we’re not sure on Fabinho’s return date yet.

He was spotted on crutches at Anfield for the Watford win, which suggests to us his return is by no means imminent.

It’s a big shame considering his sublime level of performance during the early part of this season, but in fairness, Jordan Henderson has done exceptionally as our no.6 in his absence.