And to be honest, this can expected. But when it’s a broadcaster with hundreds of thousands of followers lies – it’s our job to mention it.

Richard Keys went on an assault last night following our victory over Wolves, stating that the VAR incorrectly awarded our first goal due to a Virgil van Dijk handball in the buildup.

Keys used misleading stills in order to fuel his propaganda, instead of using a video that CLEARLY shows the Dutchman did nothing wrong.

Below, you’ll see Keys’ tweet, and then more importantly, a video of what ACTUALLY happened, courtesy of Sky Sports:

I thought ‘handball’ in the build up to a goal was illegal – so how come VR missed this? pic.twitter.com/w5euOldY3i

Ball rolls up van Dijk’s chest and he moves his arm out of the way. No handball. Go back to crying or demanding Ole out or Glazers out or whatever it is you midtable clubs do these days. pic.twitter.com/VJJnbw9oNl

To be honest, we shouldn’t worry too much about it.

At the end of the day, Liverpool won to make it 18 wins out of 19 in the Premier League at the halfway stage.

We’re 13 points ahead of 2nd placed Leicester City and have a game in hand on them to boot.

No side has ever lost the title from this position, but we cannot take anything for granted.

Next up, it’s Sheffield United on January 2 – where we expect Jurgen Klopp to shuffle the pack somewhat. 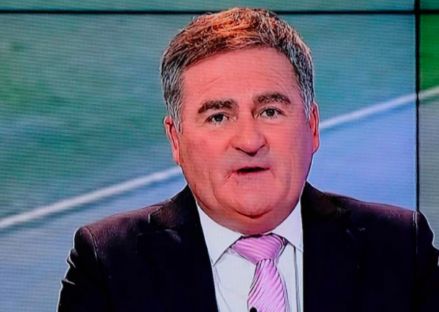