A penny for Jurgen Klopp’s thoughts when he learned the identity of Liverpool’s Champions League Last 16 opponents, Atlético Madrid. Yes, there will be a nice feeling among travelling fans when going back to the stadium where Liverpool won it all in 2019. However, this tie could also be much closer than it looks on paper. Indeed, while Atlético haven’t been ripping it up with the same gusto as they did in the middle of the decade, rumours of their demise have been greatly exaggerated. They are still horrible to play against, and yet still contain enough quality to give top teams the bounce around.

Liverpool will travel to Madrid for the 1st leg at the Wanda Metropolitano on 18th February, with the return leg at Anfield coming on 11th March.

Where the Tie Will Be Won or Lost:

Jurgen Klopp has been rightly credited with finding the perfect balance between attack and defence, and the Reds arguably boast the best defence in England. Atlético, however, boast the tightest defence of all teams in Europe’s top five leagues. The defence has let in a miserly 11 goals in La Liga this season, keeping nine clean sheets along the way. The problem for Simone’s men comes in at the other end of the pitch, with just 20 goals scored. They do make them count though. The pace and attacking prowess of Liverpool’s full-backs could be crucial, but Diego Simone will be fielding one of Europe’s finest midfields (see below).

We won’t dwell too much on Liverpool’s options, as readers of this site will be well aware of the team’s ins and outs, and its incredible mentality. Atlético have some intriguing options, especially as the squad went through an overhaul in the summer. The likes of Antoine Griezmann, Lucas Hernandez and Diego Godin left in the summer, with Simeone snapping up the likes of Joao Felix for over 125 million Euro. The Portuguese starlet has yet to find his feet though, and the biggest goal threat tends to come from Alvaro Morata. Koke, Thomas Lemar and Saul Niguez form a wonderful midfield, and one suspects that’s where the main battles will take place in front of two of Europe’s meanest defences.

Liverpool are the favourites to progress, with odds of 33/100 cited for progression to the quarter-finals. Atlético, meanwhile, have been given a price of 23/10 (odds from 888sport). However, one suspects that experienced punters will be live betting online during the games, given Liverpool’s penchant for come-from-behind wins this season and last, giving punters a chance to maximise their profits. The odds seem about right for the tie, but one feels getting a result in the 1st leg in Madrid could be crucial. Yes, Liverpool showed last season against Barcelona that no tie is ever dead, but nobody wants to face a Diego Simone side holding on to a lead. 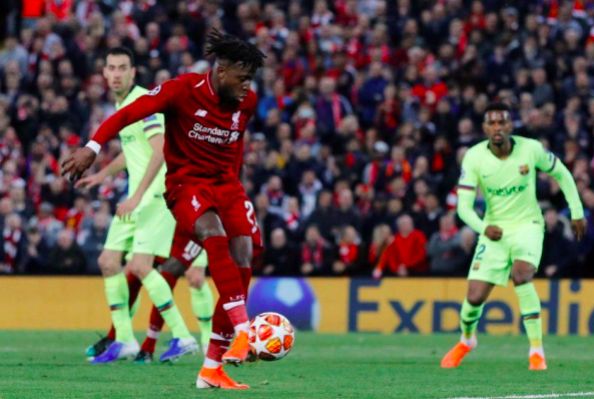 Make no mistake about it; this is not the sort of tie that Klopp will relish. Had Real Madrid or Borussia Dortmund come out of the hat, Klopp could have laid out a masterplan for an emphatic victory. A tie against Atlético Madrid is a different proposition, though. It will be a bruising affair; like coming up against a Burnley side sprinkled with some stardust. If Liverpool can come through this with the wind in their sails, then perhaps we can become excited about a possible Champions League and Premier League Double. But this is a tough, tough test of the team’s credentials.