Below is his Twitter thread in which he discusses both players: 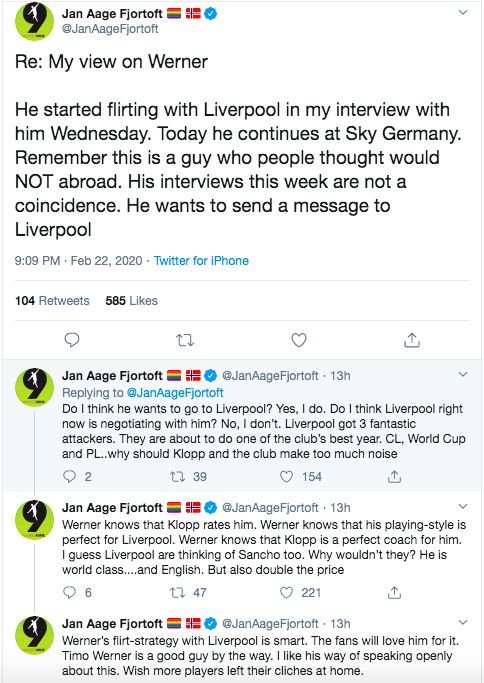 As Liverpool fans, we’d probably take both Werner and Sancho – but are aware that this is rather greedy considering our current front-three are the best on the planet.

Divock Origi is a legend for what he did last season, but it’s fair to say that he’s some way off the likes of Sadio Mane and Mo Salah.

Either Werner or Sancho would bridge the gap and ease our worries during next season’s AFCON, in which both our African superstars will be unavailable for many weeks.

Let’s get the title wrapped up first, of course!