Mo Salah has a reputation as someone who isn’t always clinical, which baffles us considering his ridiculous numbers.

As was shown on Sky Sports Monday Night Football two days back, the only player with more goals/assists in Europe since the Egyptian arrived at Liverpool is Lionel Messi.

Sadio Mane has bagged 13 and missed 15 gilt-edged opportunities, while Bobby’s record in front of goal is quite poor – scoring eight and missing 17 where he would expect to find the back of the net.

Obviously, Firmino’s influence cannot be questioned and what he offers this side can never be measured by numbers alone. He’s a truly unique footballer with extravagant technique and an incomparable work-rate that sets him apart from his compatriots. But if he was a consistently clinical finisher, he’d be be up there with Messi and Neymar as one of the world’s very, very best – like – top three on the planet.

The most important stat here though is that we’re creating big chances. We should only be worried if none of our players were on this list!

Check out the full list, via the Premier League, below: 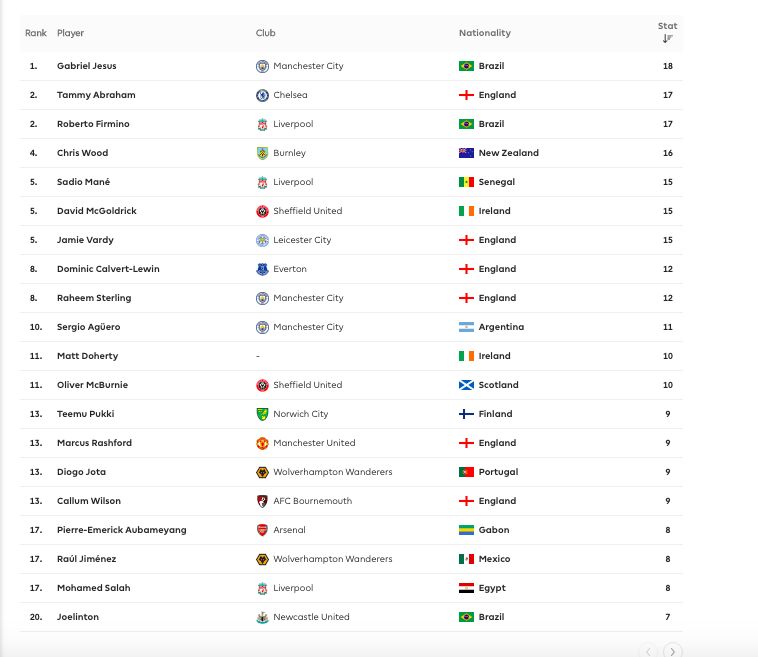