Liverpool are still without captain Jordan Henderson, who will continue to stay on the sidelines for a few more weeks, and so a spot is up for grabs in the heart of Jurgen Klopp’s midfield this weekend.

Other than that, we’re at full strength and it’ll be Alisson who starts between the sticks for the Reds against Watford on Saturday afternoon. The Brazilian will have his usual back four of Virgil van Dijk, Joe Gomez, Andy Robertson and Trent Alexander-Arnold ahead of him.

With Hendo out, Fabinho will almost certainly be playing as the anchor for Liverpool and will have Gini Wijnaldum with him in midfield.

Naby Keita was given the nod against West Ham, to make up the trio, but it wasn’t until the introduction of Alex Oxlade-Chamberlain when we really started to click – and it’s not the first time we’ve seen that this season.

I think the boss will reward Ox’s repeat dynamic performances and give him the nod ahead of Naby against the Hornets.

There is no question of who will start up top because Mohamed Salah, Sadio Mane and Bobby Firmino are all fit.

Keita will of course be on the bench, and so will attacking options Takumi Minamino and Divock Origi. 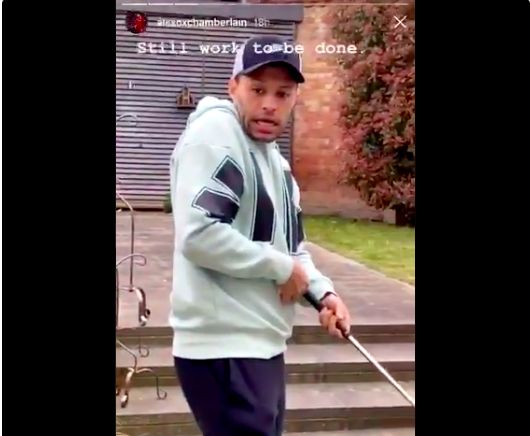 (Video) What happened when Oxlade-Chamberlain played golf in his garden…