Takumi Minamo had an interesting game v Chelsea on Tuesday, and we actually wrote it about in depth – which you should check out here.

The Japanese started as our centre-forward, but was often ignored by the midfield, despite his promising runs in behind.

Jurgen Klopp even commented that Liverpool needed to use Taki more, but the Japanese believes he must earn the trust of his team-mates so they consider him a go-to attacker.

“In the last three months there have been areas which I’m quite happy about. But personally I would love to contribute more to goals and assists – I’m feeling very hungry about that,” he told the official website.

“I don’t really know how much I still need to learn. But day by day, I’m feeling that I understand his [Klopp’s] philosophies and I’m getting better.

“I have been in this club for three months and I haven’t played many games and my playing time is not that much – but this is not a good excuse.

“In order to appeal to my teammates and [for them to] understand what I’m good at, I have to do what I really need to do.

“I think I’m still [learning] to fully understand the team, but I still hate to wait. In order to make an instant impact and make a contribution to the team, I’m doing my best every day.

“I only have limited chances but when the manager needs me, I have to show the results of the manager’s expectations.”

Our FA Cup exit will negatively affect Taki’s chance of automatic game-time, but an early Premier League victory could do him wonders…

If the title is wrapped up mathematically, Klopp will be able to field the no.18 without reprise, as the supporters will rightly be in party mode up until and throughout the summer.

Also, if we’re still in the Champions League, Klopp may choose to rest players in the weekend game before the European tie.

Either way, we consider Minamino the fourth choice ahead of Divock Origi, considering the Belgian’s form in 2020 – so opportunities will arise. 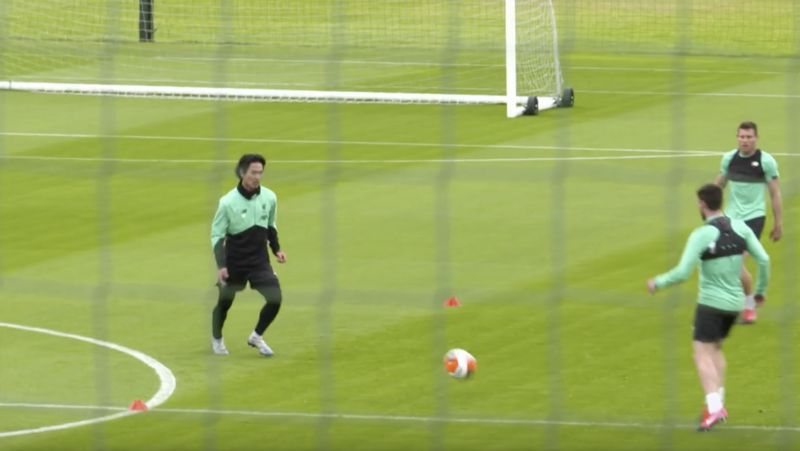 Klopp doesn’t care if LFC have to win title at neutral ground: ‘I’ll play wherever you want – if it’s on Mars’