Footy Headlines always get it spot on when it comes to new shirt releases.

We’re not exactly sure how, but they do.

And today, they’ve posted a picture of what’s thought to be the first design for Liverpool’s first Nike strip, which will be worn by the team next season…

This is a prototype, but the final version won’t be too far off we don’t imagine.

It features green and a green and white trim and a much brighter red than the one New Balance have predominantly chosen. 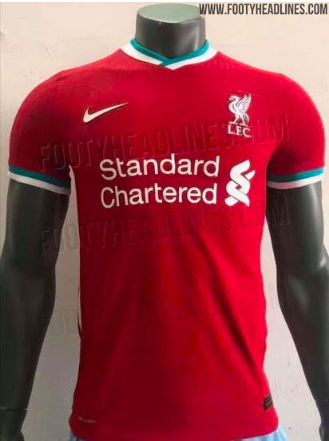 On first viewing, we’re not crazy about it – but these things take time.

We actually like the trim around the edge and think it’s one of those shirts that’ll look much better in action.

It’s best for manufacturers to go simple with the home strip and a bit more adventurous with the away.

But what do you think, Reds?