Jurgen Klopp will eventually leave Liverpool – the German loves a project and then he moves on. He did it at Mainz, at Dortmund and he’ll depart Anfield in a similar fashion.

When he does, he will walk through that exit door for the last time as a legend. He brought the good times back to the Reds and placed up firmly back on our perch.

We’ve still got a few more years with Klopp though, as his contract is set to run for until the end of the 2023/24 season.

When that time arrives, the club will surely be ready to replace the best manager we’ve had in years, but it’s a big question about who it’ll be.

In a piece we wrote earlier today, we talked about Steven Gerrard, Pep Lijnders and Juian Nagelsmann potentially taking the reigns after Klopp, but James Pearce has dropped another name in the hat.

The well renowned Athletic journalist has suggested the Reds make a move for former Spurs boss Mauricio Pochettino in a recent Q&A.

The Argentine is certainly of the calibre we’d be looking for, but is he good enough to lead Liverpool to places he couldn’t steer Spurs? It remains to be seen, and is after all purely speculation.

Pochettino rates Firmino as Liverpool’s best player and better than any from United, Chelsea or Arsenal 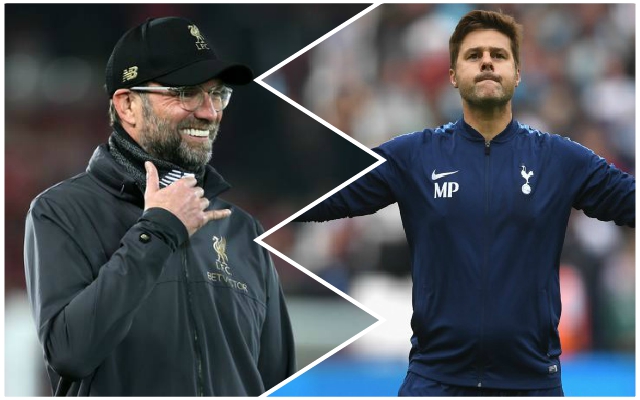 Klopp gives sacked Pochettino advice about his next move