Chelsea youngster Billy Gilmour has explained his conversation with Andy Robertson after Chelsea beat Liverpool in the FA Cup back in February.

The young Scot exchanged shirts with Robbo, who despite the fact Liverpool had lost, still gave him a compliment on his performance and told him he’d see him in the Scotland first-team soon…

“After the Liverpool game, I swapped shirts with Andy Robertson. He came up to me after the game and said ‘well done, you played really well, keep doing it and hopefully see you soon in the first-team squad’,” he told Sky Sports.

“That was great to hear that from the captain of the country. I then asked him if we could swap shirts and he said ‘no problem, let’s do it inside’ so that was me buzzing.”

When Robbo was Gilmour’s age, he’d just got into the team at Queen’s Park and was not touted for the top – so if Gilmour does fulfil his potential – it’ll be under different expectations.

Robertson’s story is a brilliant one. He’s now regarded as the world’s best left-back and will win the Premier League this term when it resumes having secured the Champions League in 2018/19.

If he retired tomorrow, he’d still be a legend, but Robbo has a long and hopefully trophy-laden career still ahead of him.

At 26, we’d suggest he’s still got five years left of his physical peak – which is very exciting for Liverpool fans considering Trent Alexander-Arnold is only 21 on the other flank! 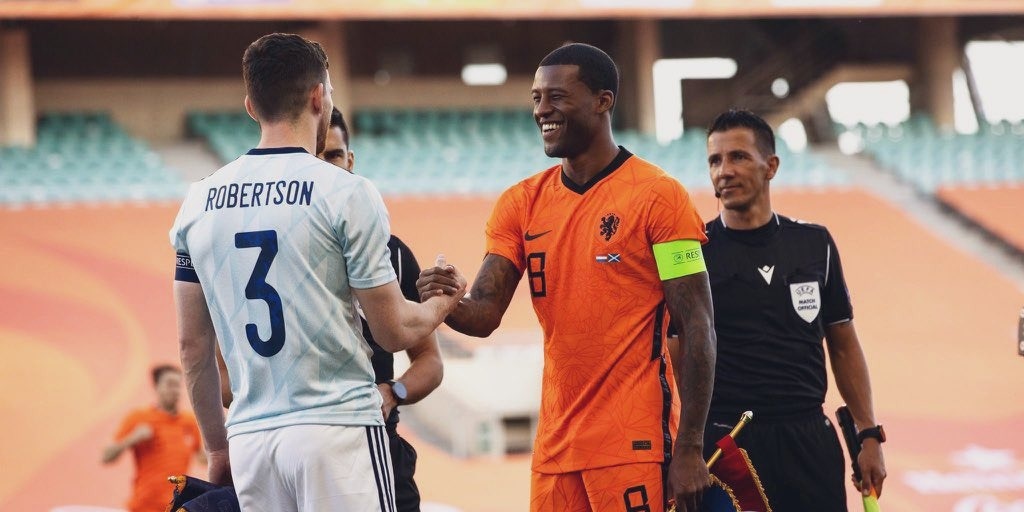