They’re primarily from non-Reds, but it’s easy to forget how downright whingey so many Liverpool fans were before we started winning things!

The reaction to a big-money signing from Italy is almost universally poor.

📝 | The “experts” were out in full on the @BBCSport website when we signed Salah. Have a look at some of these comments! 😂🤯😳 *A Thread* pic.twitter.com/6uUUWj8Spm

Here’s some of the best ones..: 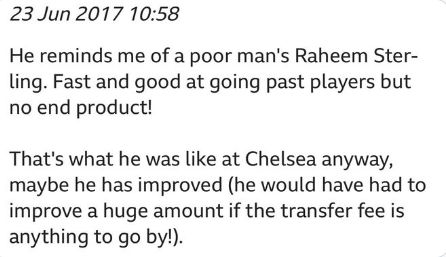 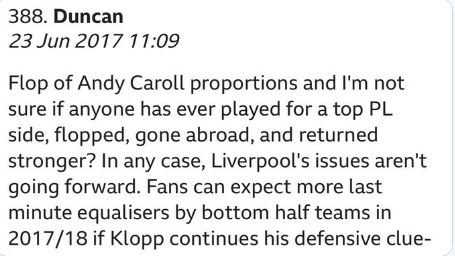 In his first season at Liverpool, Salah scored 44 goals and won both the writers’ and players’ Footballer of the Year award – making a mockery of all those who doubted him.

Since then, he’s backed up his debut season with another Premier League Golden Boot, which he combined with a Champions League trophy and this term – has helped the Reds lead the Premier League by 25 points at the point the season was suspended.

‘A flop of Andy Carroll proportions?’ We wouldn’t say so, Duncan!

(Video) Mo Salah confirms: “I’m staying next season” and gives an update on his contract ahead of the Champions League final