We’re not gamers, although the lockdown has tempted us into giving in and buying one of these consoles to see what all the fuss is about!

FIFA Ultimate Team is the online version of the video-game where players’ ratings increase and decrease based on their form – and EA have named their ‘Team of the Season so far’!

The squad of 20 features seven Reds – with none higher than Virgil van Dijk who has a rating of 99/100. Sadio Mane at 98, Mo Salah and Alisson at 97 – with Trent Alexander-Arnold next at 95.

You can see the full roster in the picture below: 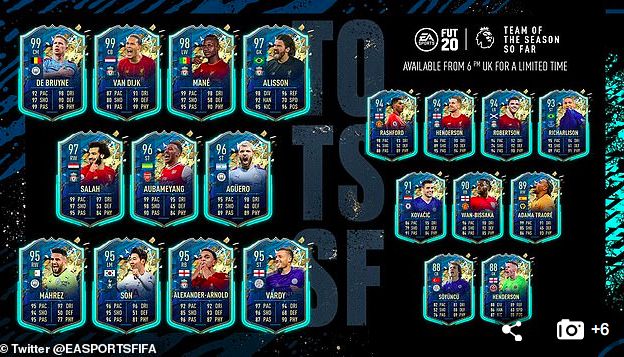 There was once a time when Liverpool fans would moan about our players being given rubbish ratings on FIFA, but a recent deal signed with EA Sports, combined with the fact we’re obviously brilliant, has very much changed that!